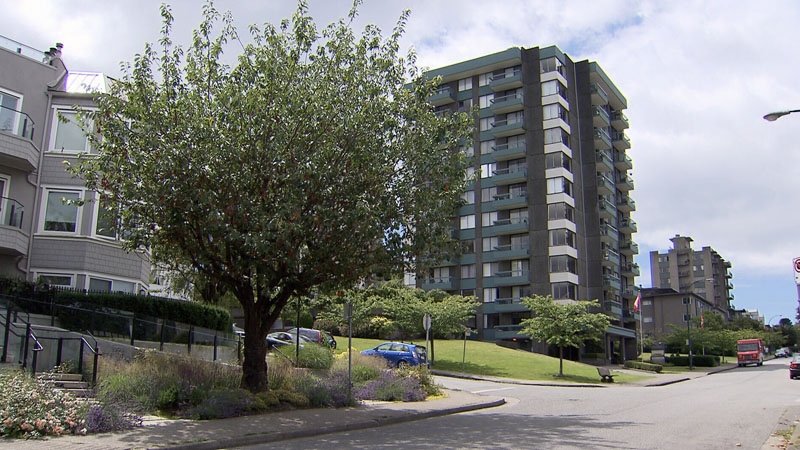 A group that advocates for tenants says it's worried about renters' mental health after survey results show dire situations.

VANCOUVER -- Volunteers at the Vancouver Tenants Union say they are extremely concerned about the mental health of renters in the city, and are preparing for an evictions crisis in September.

The union, a volunteer-run advocacy group for renters, sent out a survey on Friday, asking renters about how they’re coping financially during the COVID-19 pandemic.

The survey asked whether challenges in paying rent have impacted respondents’ mental health. The replies astonished them.

“We're very concerned about how renters are doing right now,” said VTU spokesperson Neil Vokey. “So much so that we basically made a post on social media with links to crisis support lines, because, you know, people are sacrificing the essentials to keep a roof above their head, to keep paying their very high rent.”

The survey comes as the federal government’s Canada Emergency Response Benefit, which has been providing some out-of-work Canadians with $2,000 per month or more is nearing its end date of October.

At the same time, B.C.’s ban on rental evictions due to non-payment of rent is set to lift on Sept. 1, the day after the province’s rental top-up benefit finishes. The top-up has been providing some residents with up to $500 per month towards rent.

Although several government benefits are set to end by the end of August, the pandemic has not ended, and health officials in B.C. are now warning of a second wave of coronavirus infections.

“We're scrambling to prepare for what we think will be an evictions crisis this fall, which has been more or less manufactured by the provincial government, because they're going to be … allowing evictions for non-payment of rent,” Vokey said.

Within a day of releasing the survey, Vokey said the group received an onslaught of feedback.

“We sent out (the) survey to members just (on Friday) ... and have already been receiving hundreds of submissions from renters who are already in rent debt or are at risk of being in rent debt when their government supports run out.”

Vokey said some renters are telling the group that they’re in dire situations, and paying rent over other essentials.

“They're putting food on the table for their kids and not themselves or they’re foregoing other essentials like medical needs.”

To support renters, the B.C. government has implemented a repayment framework that will require landlords to give tenants until next summer to pay the full amount of money owed.

Vokey said the VTU will be releasing more details about the results of its survey later this week.

In an emailed statement to CTV News Vancouver, the Ministry of Municipal Affairs and Housing said the change was announced in July to give renters "as much notice as possible."

Additionally, the ministry said its repayment framework was designed to help renters pay back owed money gradually, and that it has extended its ban on rent increases until December.

The ministry said 97 per cent of renters were able to continue to make payments during the pandemic through programs including B.C.'s Temporary Rental Supplement and the Canada Emergency Response Benefit. According to its data, 86 per cent paid their rent in full.

"In the months ahead, if someone is having trouble making their rent, we still expect landlords to work with tenants and demonstrate compassion and understanding," the ministry said.

"We have built flexibility into the framework to allow landlords to further adjust the payment amounts to give renters more breathing room at the beginning, or extend the repayment process past July 2021."

Renters who are worried about making payments are encouraged to look into support programs administered by BC Housing, including the Rental Assistance Program.