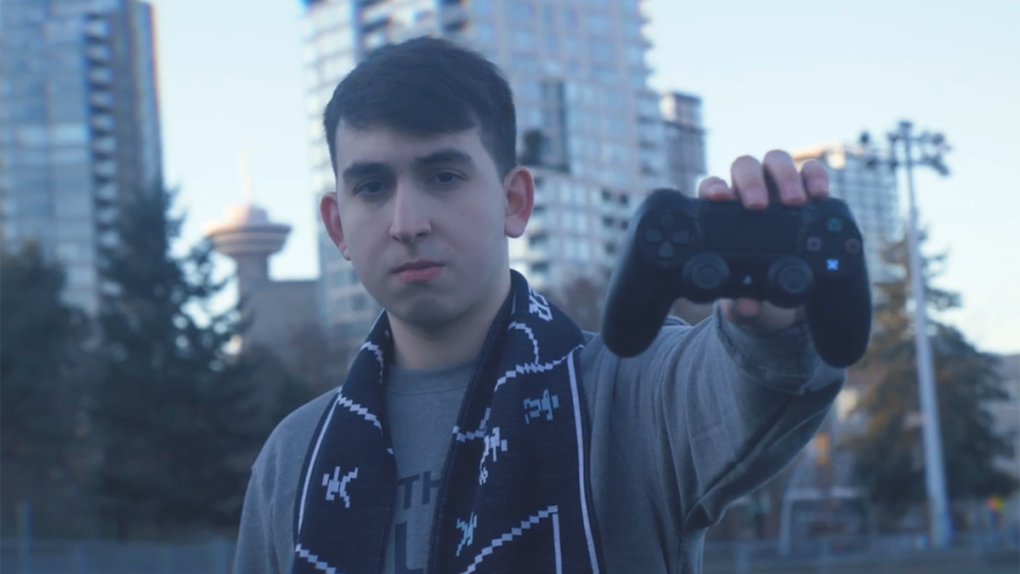 Alex Gonzalez (Exraa) is shown in a still image from video posted on the Whitecaps FC website.

Alex Gonzalez, an 18-year-old who turned heads with top-10 performances at FIFA video game tournaments in Atlanta and London, has signed on as the Vancouver Whitecaps' esports gamer.

"When I first told my mom, she actually couldn't believe it, it was so crazy," he said in an interview. "She was like 'You're getting paid for playing video games."'

Gonzalez, whose game handle is Exraa, grew up in Guadalajara, Mexico, before moving to Vancouver, at age 12, and then Regina with his family.

He started playing the EA Sports' FIFA game in 2008 with his older cousins. "They always beat me," he said.

That changed a few years back. And he has beaten more than a few others since.

Gonzalez has just finished high school and is taking a gap year to pursue professional gaming.

He comes from a soccer family. His mother played university soccer in Mexico and the family used to cheer on Atlas FC in Guadalajara.

A Liverpool fan, he often looks to have defender Virgil van Dijk on his FIFA team.

Gonzalez, who was born in Seattle while his family was on vacation there, spent time as 15-year-old playing in the Whitecaps BMO Saskatchewan Academy Centre, a partnership with FC Regina.

In his first competitive gaming season, Gonzalez finished the FIFA 19 Global Series as the second-highest ranked Canadian and the fourth-highest North American.

He was one of only 32 players - including two North Americans - to qualify for the Gfinity Series in London where he finished fifth in March. He was ninth at the FUT Champions Cup in Atlanta in February.

"Just qualifying is ridiculously hard," he said of the international tournaments.

"I was very nervous (in Atlanta)," he added. "My skill kind of came through over my nervousness."

His confidence grew and he improved on his result in London.

The 2020 eMLS season features three events: League Series One in Philadelphia on Jan. 10, League Series Two in Portland on Feb. 15 and the eMLS Cup in Austin on March 21.

"I think I'll do very well, for sure," he said. "I'm very confident heading into the tournaments."

The eMLS winner will look to progress to the Global Series Playoffs and ultimately the FIFA eWorld Cup. The Philadelphia Union's Cormac (Doolsta) Dooley won all three events this year.

Philip Balke is Toronto FC's esports gamer. Lyes Ould-Ramoul represented the Montreal Impact in 2018 and '19 but the club has yet to confirm its 2020 gaming plans.

Gonzalez counts Balke as a friend. "I've played him online and I've beat him," he said.

Away from FIFA, he plays games likes "Call of Duty" for fun. "But the only one I'm really good at is FIFA."