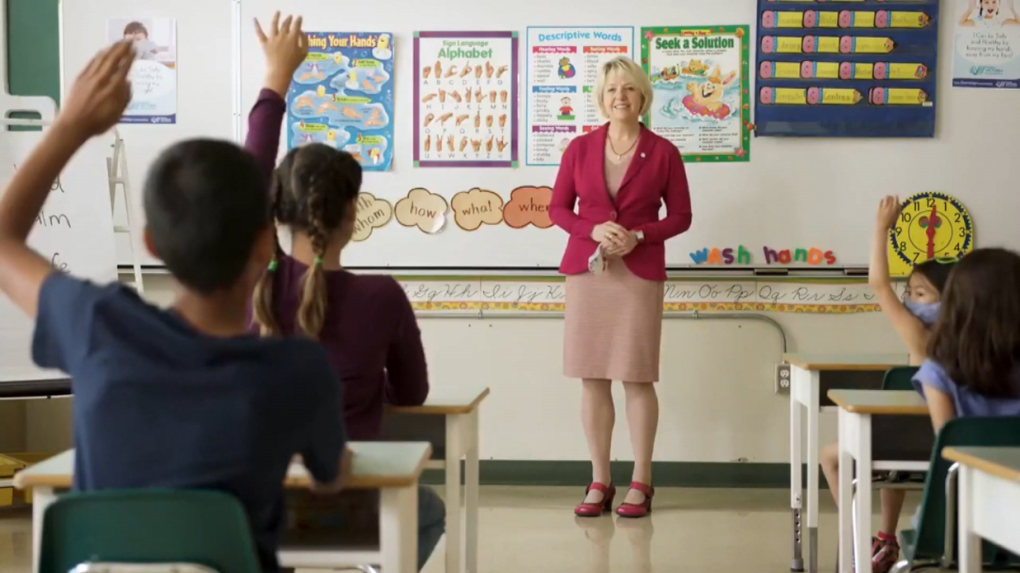 VANCOUVER -- British Columbia's new recommendations around mask-wearing have left some school teachers in the province feeling left behind, their union said Tuesday.

But the recommendation – which is not mandatory, unlike the new public health order around hosting private gatherings in homes – does not apply to classrooms or offices that already have COVID-19 plans in place.

Mooring pointed to the student health checklist that parents use to screen their children before sending them to school. Last month, officials removed several symptoms from the list, including sore throat and runny nose.

"All we've seen is cases increase over that time and no policy changes that are positive in our view," she said.

Masks are already required in busy common areas of schools, such as hallways, but there has been no mandated mask-wearing in classrooms. That's been a source of concern among some teachers, particularly after the province recorded its first actual outbreak in a school setting.

"There is a provision for masks in certain areas of the school," Dr. Henry said when asked about the policy Monday. "I know that young people are adaptable and that many of the mare wearing masks on a routine basis, whether they are ordered to or not. And I think that's really important, and we need to continue that, and continue the encouragement of that over the coming months."

While superintendents and principals aren't allowed to impose their own mandatory mask policies, Mooring said there's been a clear benefit when they proactively encourage mask use, as they have in Surrey.

"I'm seeing many schools enact a really strong mask policy – a culture of mask-wearing, if you will – and it's really working," she said. "In those environments, everyone is wearing a mask all the time, everyone is calm, there's no conflict there."

But other schools where the messaging isn't as consistent have sometimes left teachers "feeling really uncomfortable," Mooring said.

As surging COVID-19 case numbers in the province continue to break records, Mooring said she's like to see either health officials or the provincial government step in and impose tougher regulations to protect students and teachers in the education system.

"Government is well able to go above and beyond health policy. They've already done it," she said.

"We would like to see them go one step further and there's no reason not to."