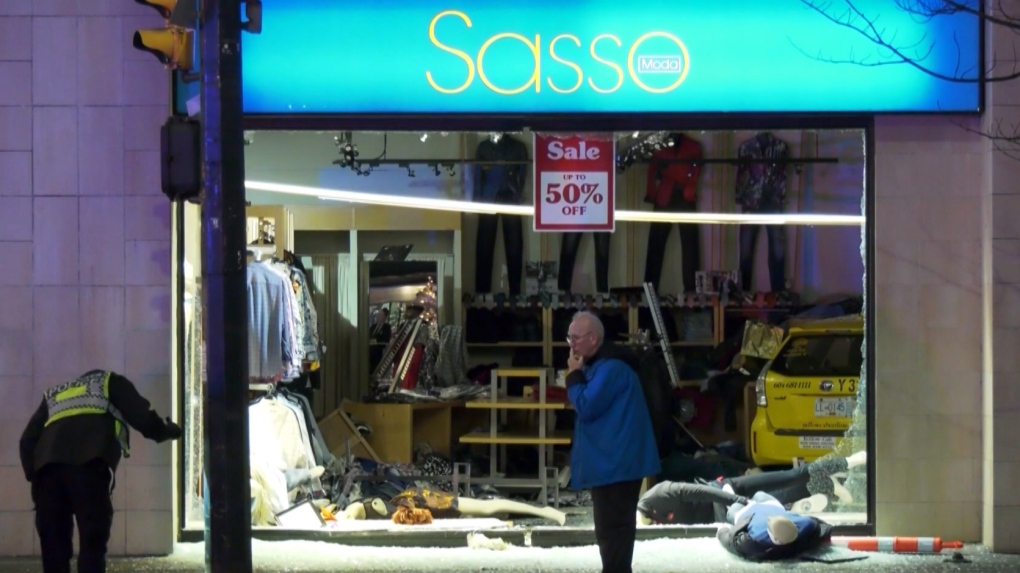 A taxi crashed through the window of Sasso Moda on Georgia Street.

VANCOUVER -- Two people have been injured after a late-night collision sent a taxi smashing through the window of a downtown Vancouver clothing store.

Just after 11:30 p.m. Thursday, witnesses say a silver Honda collided with a taxi, which then jumped the curb and crashed into Sasso Moda on Georgia Street.

The window was smashed and mannequins and other merchandise were knocked down.

Vancouver police say two passengers that were in the taxi were taken to hospital with injuries. However the two drivers weren't hurt.

Police also say that drugs and alcohol are not considered factors in the crash.