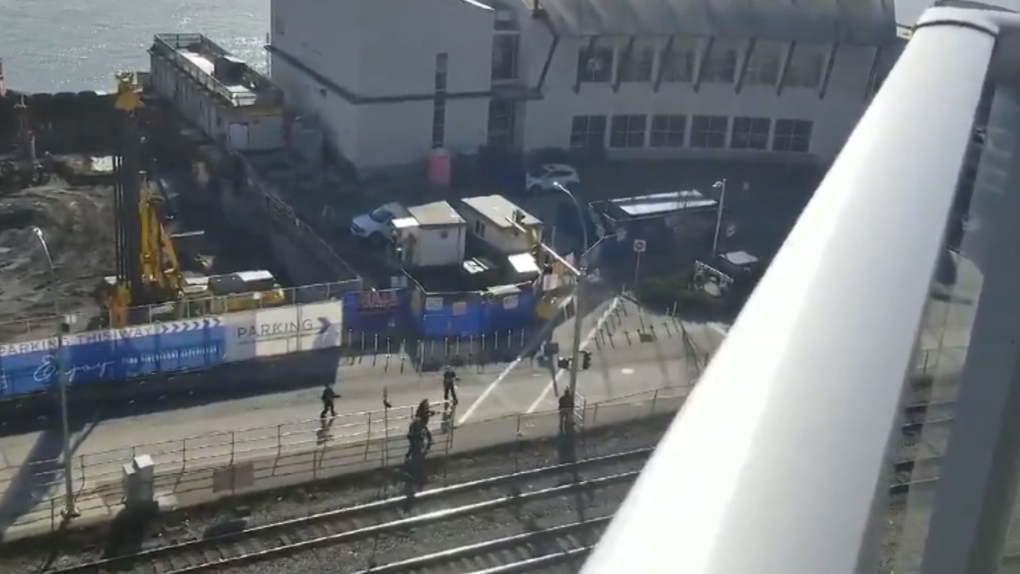 VANCOUVER -- Police in New Westminster have arrested a man they say was "displaying assaultive and threatening behaviour" near the city's waterfront Friday morning.

The incident occurred around 11:45 a.m., the New Westminster Police Department said in a release.

An officer saw the man in the area of Eighth and Columbia streets and called for backup, while maintaining visual contact with the man, police said.

In a follow-up email, NWPD spokesperson Sgt. Jeff Scott said the incident began at Eighth and Carnarvon streets, but officers confronted and arrested the man across the train tracks from there, on Quayside Drive.

Then, an officer fired what police described as "a less-lethal extended range impact weapon," which allowed police to arrest the man. Asked for clarification on what that phrase means, Scott said the weapon used was "essentially a rubber bullet."

Video of the arrest posted to social media shows several officers approaching the man with weapons drawn. Two noises that sound like weapons being fired can be heard, and the man can be seen falling to the ground, where officers converge on him.

The man was taken to hospital with minor injuries, police said. He remained in police custody as of Friday afternoon, and police said they are considering charges of assault against him.