Tallest tower in B.C. may be built in Burnaby as part of skyscraper project 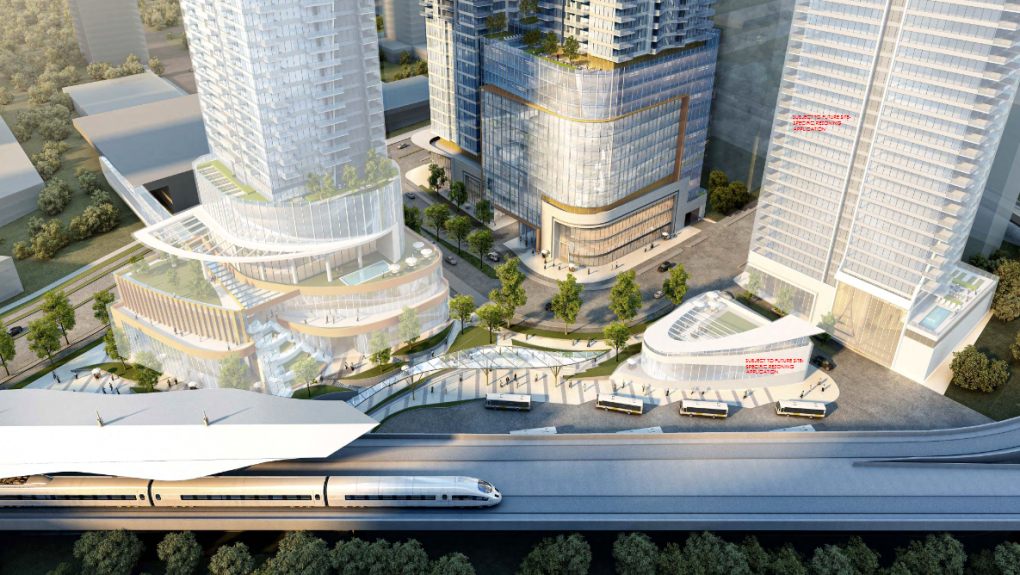 A sketch from the architecture plans by Pinnacle International of the Lougheed towers is shown.

The tallest tower in the province is being considered as part of a development in Burnaby.

Those behind the mixed-use-building pitch plan to build two skyscrapers next to the Lougheed SkyTrain Station.

One will be 73 storeys (229 metres) while the other is 80 (249 metres) – both record heights for the province. The tallest building in B.C. currently is the Shangri-La Vancouver, at 62 storeys.

The buildings will be mostly residential, with condos set atop a "podium" of commercial and office space.

They're proposed for a small triangle of land across Austin Road from the Lougheed Shopping Centre, part of which is currently occupied by the SkyTrain station and bus bays.

Right now, there's also a presentation centre and parking lot on the land.

The proposal was the subject of a public hearing Tuesday evening in the city. It was an opportunity for concerns to be raised, some of which were submitted by email ahead of the meeting.

One person described the project as "a luxury climate catastrophe," raising his concerns about "the immense amount of extremely (greenhouse gas)-intense excavation for countless levels of underground parking for nearly 3,000 parking spaces."

He said consideration of the proposal suggests city council doesn't care about the impacts of the climate crisis. 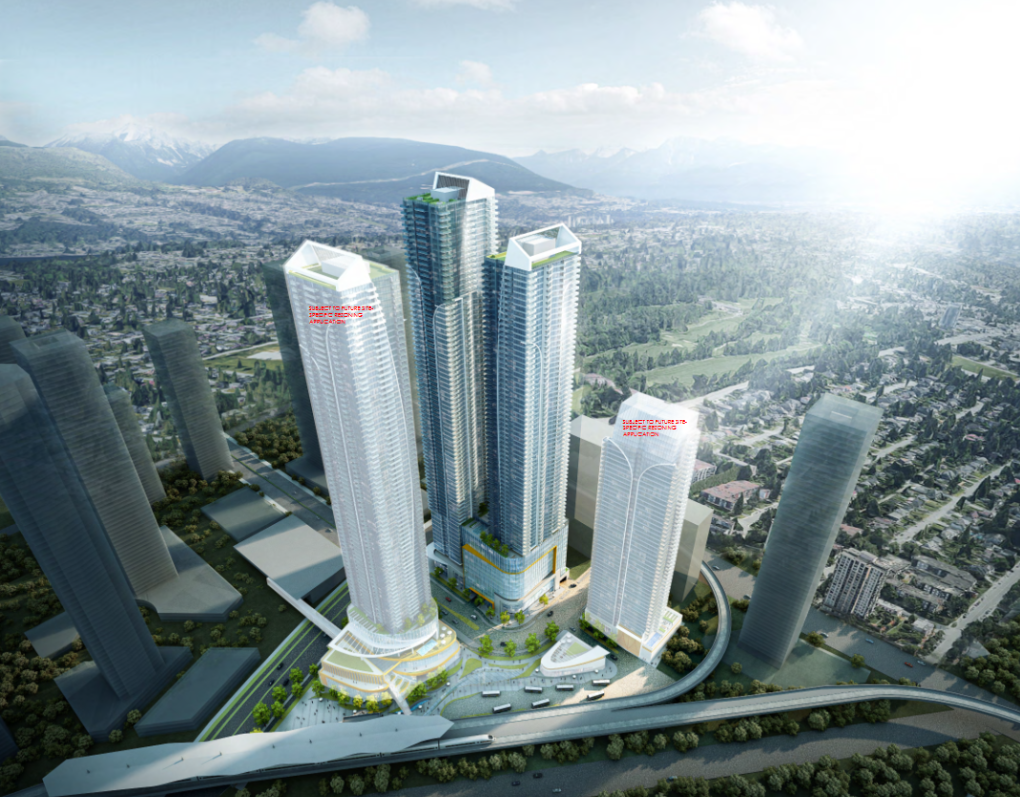 Others mentioned they worried about traffic – both vehicular and pedestrian – as a result of "all the towers" proposed in the Lougheed area, likening it to the situation in Brentwood now.

And some mentioned that these homes aren't solutions to affordable housing.

It's not inaccurate, in the case of the two towers. The proposal suggests there's no space for below-market rental units, or even at-market rentals, and that instead, it could meet guidelines meant to increase affordable housing by putting those units in another building that, though not part of this pitch, is planned for the same area by the same developers.

One objector wrote simply, "This is getting far out of hand." 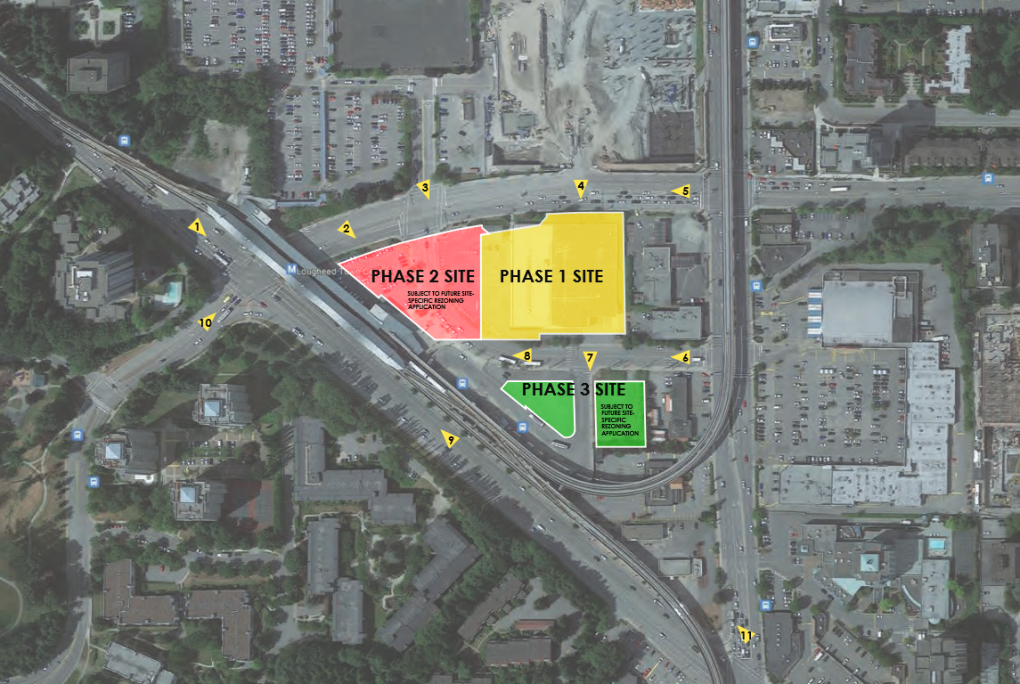 But there are some positives. A housing report compiled by the city last year suggested there is a need for more housing stock, especially units that could be rented out, and units that are affordable to those trying to enter the market.

"Burnaby is anticipated to need an additional 14,940 units to keep up with population growth," the report said, suggesting it needs at least 5,690 more rental units and 9,310 more owned units. 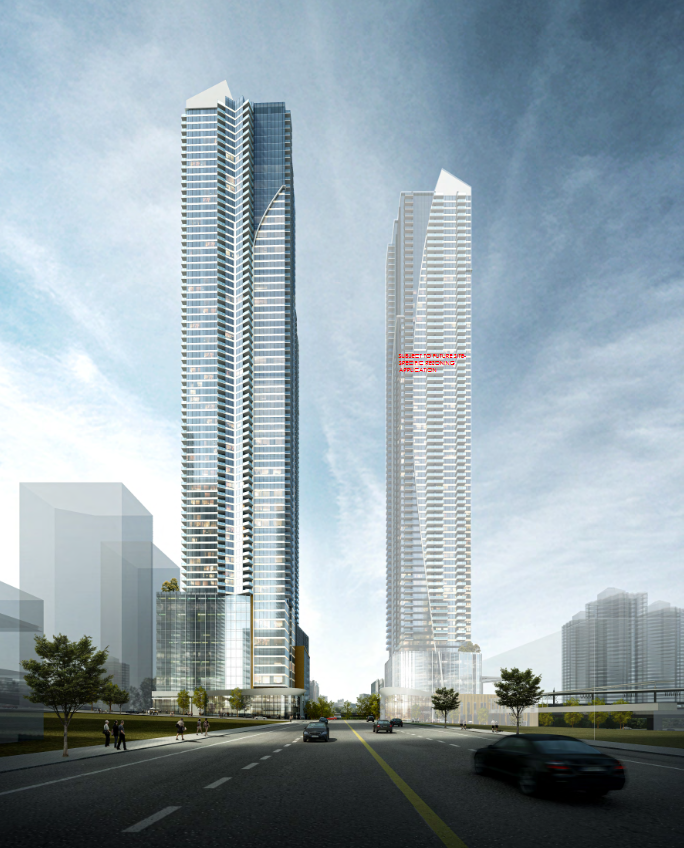 Still, the report found that there's a significant need for multi-family housing, such as townhouses, as most of its housing stock is condos or apartments and single detached houses.

And this proposal, at least, does not address what city staff called "significant unmet need" for non-market housing. As of early 2021, there were 1,805 households waiting for lower-income housing in Burnaby on BC Housing's waitlist.

The report suggests what Burnaby needs most is below-market rental units, which will not, at least as the proposal stands for now, be part of these two towers. 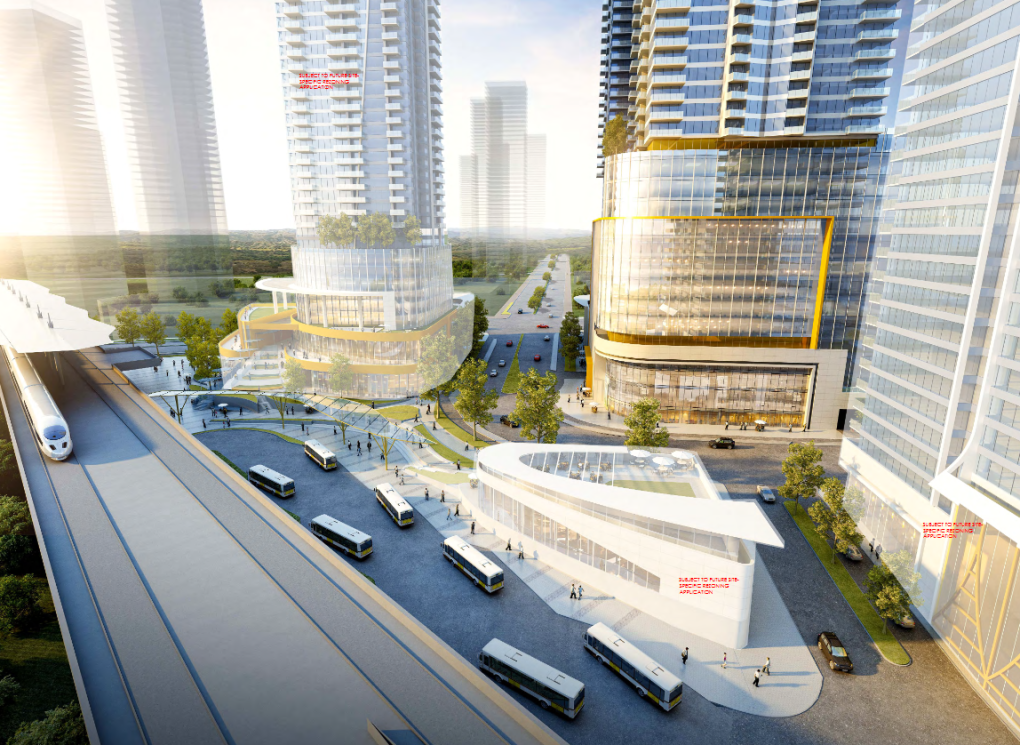