Swearing is the biggest etiquette faux-pas among Canadians, poll suggests 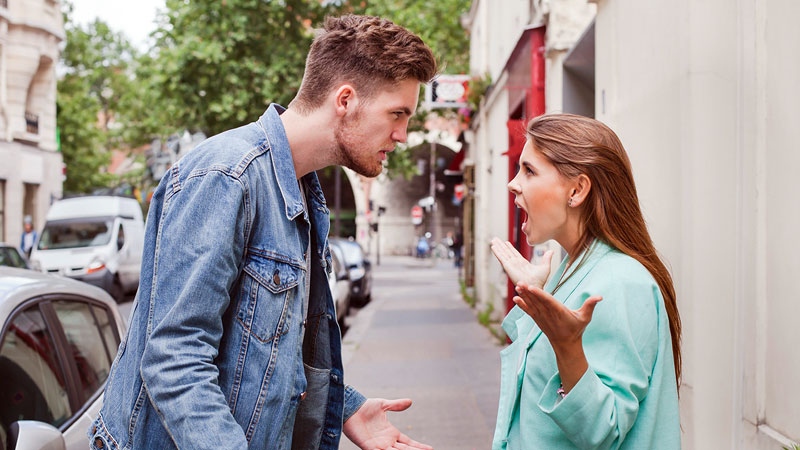 There are noisy eaters, people who are always late, litterbugs, chatty movie-goers and those who drive too slowly in the fast lane.

But a new poll suggests the biggest etiquette faux-pas of all among Canadians is foul language.

According to a nation-wide survey conducted by Vancouver-based Research, Co., 64 per cent of respondents said they'd witnessed someone swearing in public over the past month. In Alberta, that number jumped to a whopping 71 per cent.

"It would seem that the language of Canadians is getting more colourful," Research Co. president and CEO Mario Canseco said in a statement. "More than two-thirds of women and residents aged 55 and over report hearing someone swearing in public over the past month."

Interrupting or talking over another person else followed closely behind at 48 per cent, and 47 per cent of respondents said they'd been cut off by someone while driving.

Other behaviours reported by Canadians included seeing people chewing with their mouths open (39 per cent). Again, that number was higher in Alberta at 44 per cent.

The results suggest cutting in line at the store was more common in Atlantic Canada than in the rest of the country (48 per vent versus 39 per cent).

According to Research Co. 33 per cent of those polled reported seeing someone making an obscene gesture (43 per cent in Alberta).

"The two lowest ranked items on the list of behaviours are someone delivering important information via text or e-mail instead of face-to-face (31 per cent) and someone ignoring, or not responding to an invitation (19 per cent)," the company said.

The survey also included two positive behaviours. According to the report, 63 per cent of respondents reported seeing someone hold a door open for a stranger, and just over one in four saw someone giving up their seat for someone who had a disability, was pregnant or elderly.

Research Co. conducted an online survey among 1,000 adult Canadians between March 22 and 24. The data carries a margin of error of 3.1 per cent.