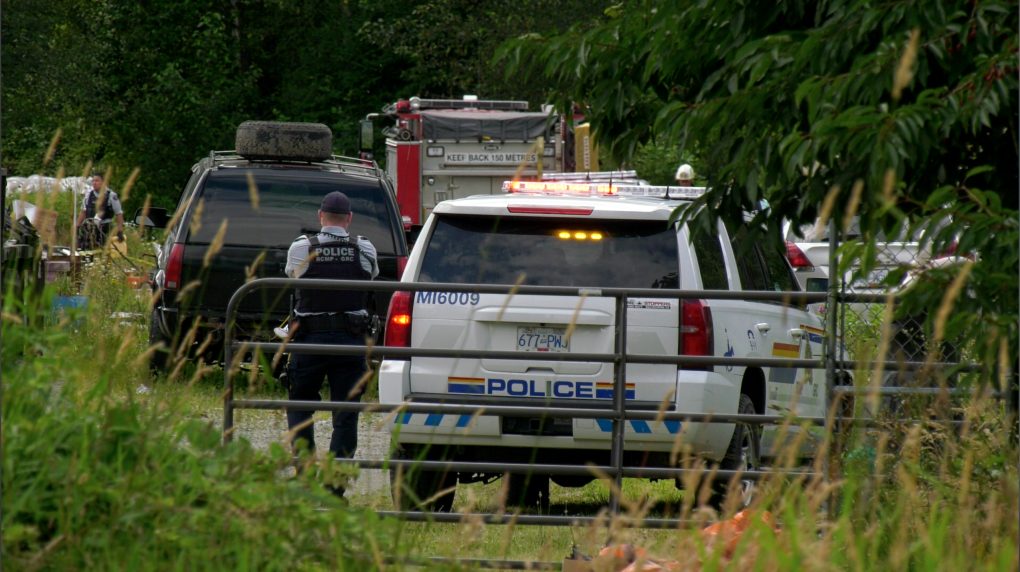 Police respond to a suspicious fire in the small community of Deroche, B.C. on July 7, 2020.

VANCOUVER -- Police are investigating a suspicious fire in the small community of Deroche.

The blaze broke out on a property on Taylor Road near Soam Road, where Mission RCMP officers and members of the North Fraser Fire Department were dispatched Tuesday.

A neighbour told CTV News that flames were seen from both sides of a trailer home in the area.

The property was cordoned off on Tuesday afternoon, and officers were seen coming and going from the scene.

It's unclear whether anyone was injured during the fire.

CTV News has reached out to Mission RCMP for more information.