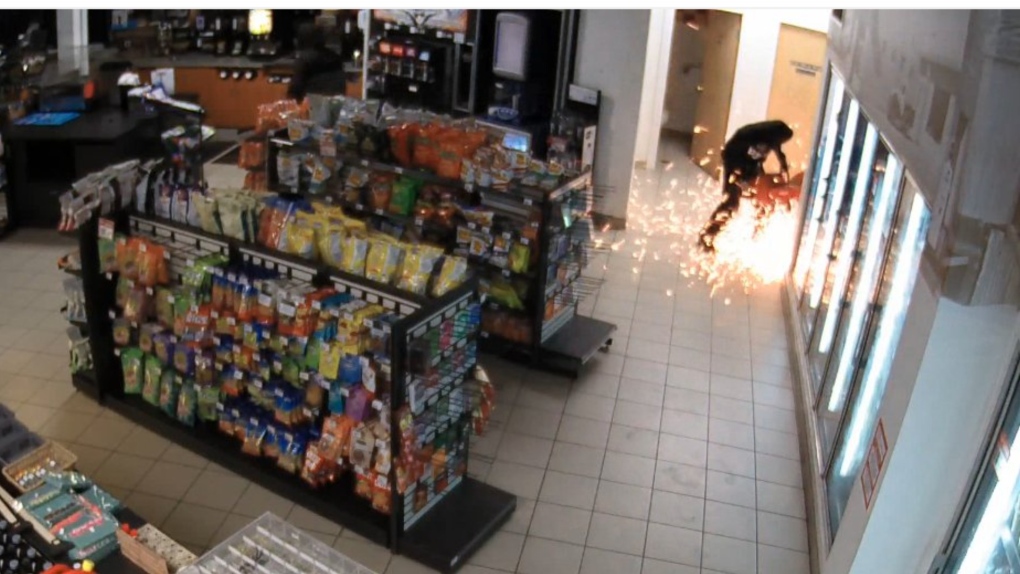 A surveillance image shared by the detachment shows sparks flying from the ATM at the back of the store. (Mission RCMP)

Mounties in Mission, B.C., are asking the public for help identifying three people who used "chop saws" to cut open an ATM at a gas station early Thursday morning.

The incident occurred around 3 a.m. at the Co-op Gas Bar in the 34900 block of Lougheed Highway, Mission RCMP said in a series of tweets Thursday afternoon.

A surveillance image shared by the detachment shows sparks flying from the ATM at the back of the store. Another image shows the three suspects leaving the building with their tools. All three of their faces are obscured, two by the blurry image and the third by a ski mask.

Police did not say how much cash the thieves were able to take.

Anyone who has information on the incident is asked to contact Mission RCMP and cite file number 2022-9530.