Suspects sought after man held in vehicle, assaulted in Surrey 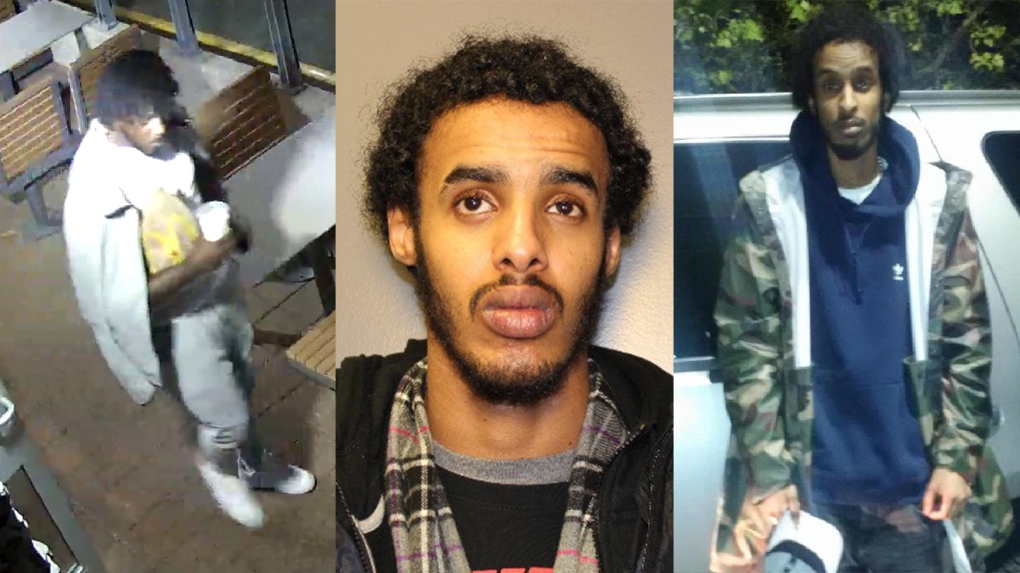 William Daniels-Sey, Hassan Avdirazak Shakib and Hashi Jama Jama are all wanted in connection with an attack in Surrey that happened on July 2, 2019. (Handout)

VANCOUVER - Police are asking for the public's help tracking down three men wanted in connection with a troubling attack that was committed over the summer in Surrey.

Authorities said the victim was held inside a vehicle and assaulted in the early morning hours of July 2.

Investigators have since managed to identify and charge three suspects, but are still trying to locate them months after the attack.

On Wednesday, Surrey RCMP released surveillance images of the men in the hopes that someone can help locate them.

Hassan Avdirazak Shakib is described as a 25-year-old with dark skin who is 6'2" tall, weighs 154 lbs. and has black hair and brown eyes. He's charged with forcible confinement, robbery and using an imitation firearm while committing an indictable offence.

William Daniels-Sey is described as a 21-year-old with dark skin, black hair and brown eyes. He's charged with forcible confinement and robbery.

Police asked anyone with information on the accused's whereabouts to call the Surrey RCMP detachment at 604-599-0502, or Crime Stoppers at 1-800-222-TIPS.