Suspects believed to have used weapons, may be tied to more car-parts thefts: Vancouver police 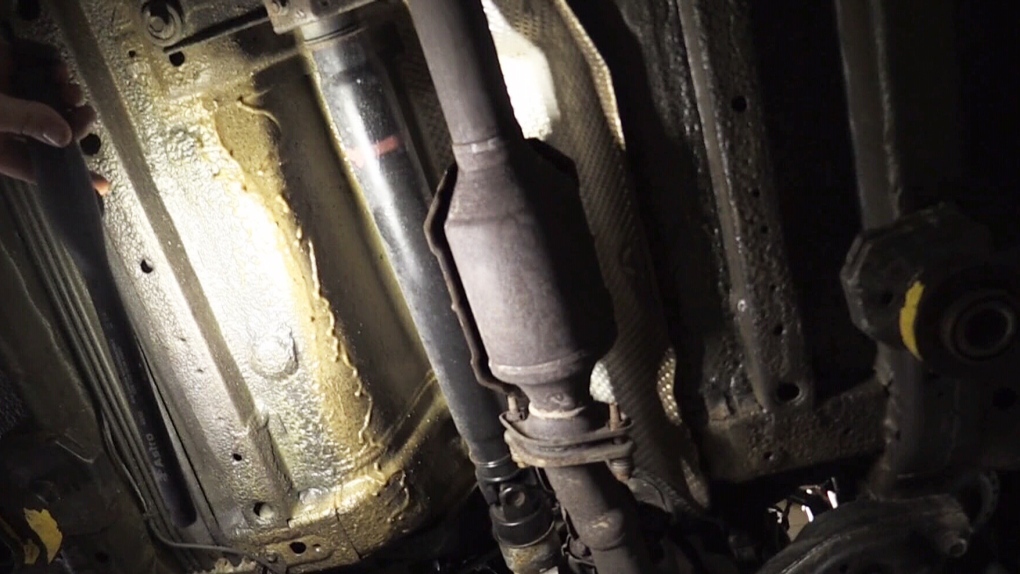 Vancouver police have reported a spike in thefts of catalytic converters from vehicles during the first half of 2021.
VANCOUVER -

Police believe the suspects charged with one count each of theft are linked to several more similar crimes in Vancouver.

The Vancouver Police Department announced Wednesday that two men had been charged with theft and mischief in relation to the thefts of catalytic converters.

It's an ongoing problem in the region. A loophole allows these parts to be sold at scrapyards without identification, unlike with regulated metals. https://bc.ctvnews.ca/gap-in-metal-recycling-law-allows-criminals-to-sell-catalytic-converters-without-id-as-reports-of-thefts-surge-1.5509330

While police didn't give an update Wednesday into the total known thefts of the specific car part this year, there had been 195 reports by the end of June, more than double the number reported in the same six months of 2020.

In a news release announcing the latest arrests, police said they'd been notified of 18 catalytic converter thefts over the last seven days in the city, and police in other jurisdictions have also reported increases.

The investigation into the men who were recently charged, 27-year-old Tyson Fust and 50-year-old Richard Mantler, began back in July.

Police called them "prolific" suspects, and said they believe the men are involved in several thefts, though they've each only been charged with one.

According to the VPD, the investigation is ongoing, and detectives have "hopes" to connect their suspects with other incidents.

As has been the case in some of the reported thefts, the men whose arrests were just announced are accused of more than just taking the car parts.

"In addition to the thefts, investigative techniques revealed these two suspects were also stealing licence plates and using weapons, such as bear spray, during the commission of the offences," Const. Tania Visintin said in a news release.

None of the allegations has been proven in court.