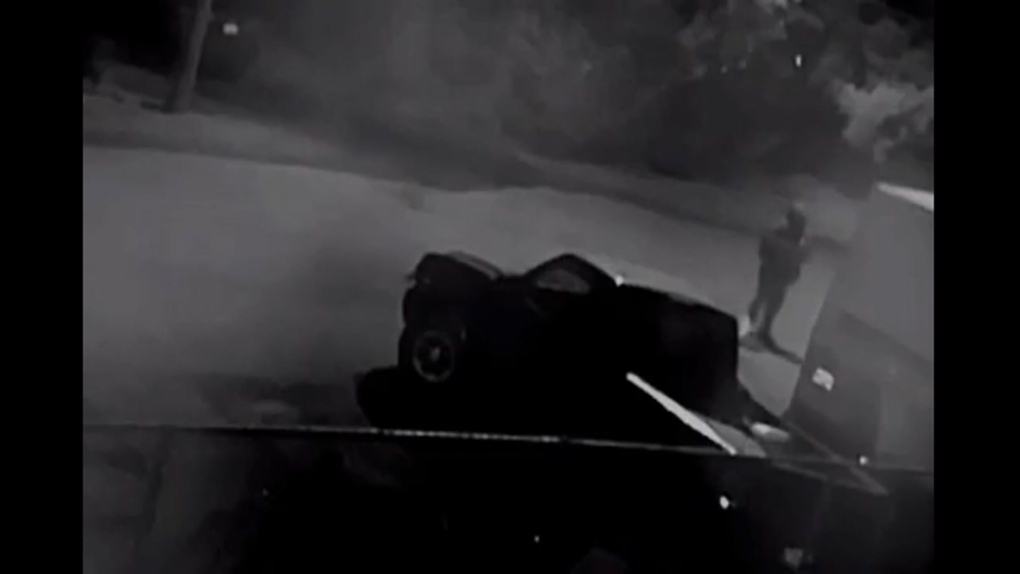 Chilliwack Mounties are asking for the public's help to identify an arson suspect who was recorded on surveillance footage on Feb. 4.

VANCOUVER -- Chilliwack Mounties are asking for the public's help in identifying an arson suspect who was recorded on security footage.

The video was taken around 5:15 a.m. on Feb. 4 on Garden Drive near Charles Street. The video shows someone standing next to a truck and trailer, then throw a flaming object at the trailer. Mounties described the object as a "suspected molotov cocktail."

Officers rushed to the scene right away but weren't able to find the suspect, according to a statement from RCMP. They are now asking any witnesses who might have seen someone appearing "out of place" in the area to contact them.

"In particular, investigators are requesting the operator of a vehicle driving through the neighbourhood near the time of the incident to contact us," said Const. Keven Biagioni in a statement. Mounties said there was someone inside the trailer at the time of the fire, but fortunately he was not injured.