Suspect with a 'pot belly' sought in series of robberies: Richmond RCMP 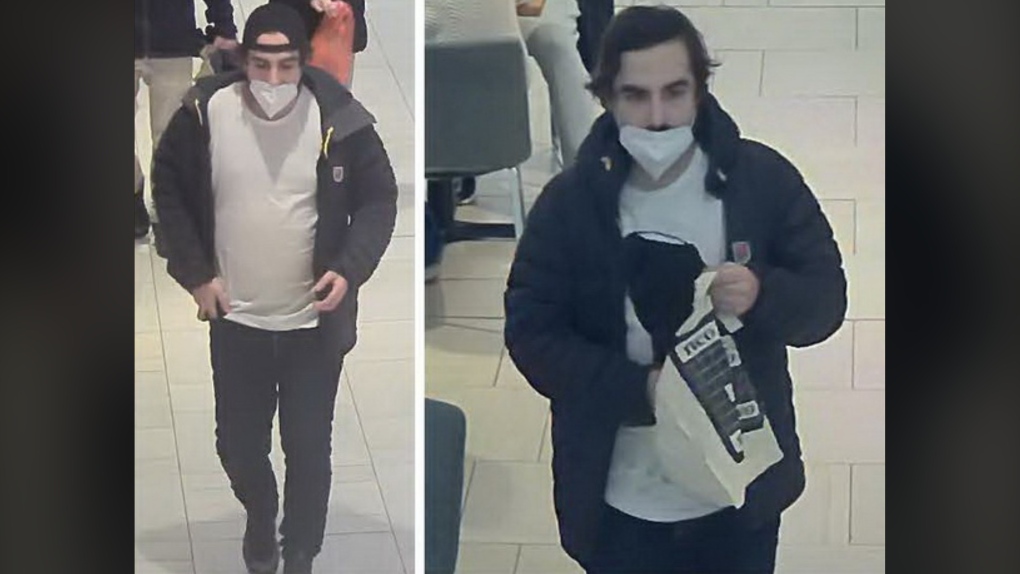 A suspect in a series of robberies in Richmond, B.C., is shown in images provided by the RCMP.

Police say they're searching for a suspect with a "pot belly" who they believe was involved in a series of robberies in Richmond, B.C.

The local RCMP detachment said in a statement Friday that officers were called to the Richmond Centre Mall last weekend for reports that a man was demanding money from businesses in the mall and the surrounding area.

In at least one case, the Richmond RCMP said, the man is alleged to have produced some type of weapon.

It is unclear how much cash he made off with, but police said he was able to get some money through his robbery attempts.

Officers said a number of employees were "visibly shaken" after interacting with the suspect, but no one was physically harmed.

They did not say how many businesses were targeted in Richmond's downtown core on Saturday, but that police are investigating whether the same man was involved in two similar events reported in nearby Vancouver later the same day. It's unclear what happened in Vancouver, as police have not released any information to the public. CTV News has reached out to the Vancouver Police Department for details.

Mounties in Richmond are asking the public for help to identify their suspect, and released photos Friday of the man they believe to be tied to the crimes.

Last Saturday, he was wearing a black baseball cap with a yellow logo on it, a navy or black puffy jacket, a white T-shirt, black pants and black shoes.

Anyone with information on the man in the photos, or on the robberies, is asked to contact the Richmond RCMP or Crime Stoppers.

Prime Minister Justin Trudeau cancelled plans to appear in person at a Liberal fundraiser in British Columbia Tuesday after RCMP warned an aggressive protest outside the event could escalate if he arrived, said a source close to the decision. The source spoke to The Canadian Press on condition of anonymity because they were not authorized to discuss the situation publicly.

'How to Murder Your Husband' author found guilty of murder

A jury in Portland has convicted a self-published romance novelist - who once wrote an essay titled 'How to Murder Your Husband' - of fatally shooting her husband four years ago.