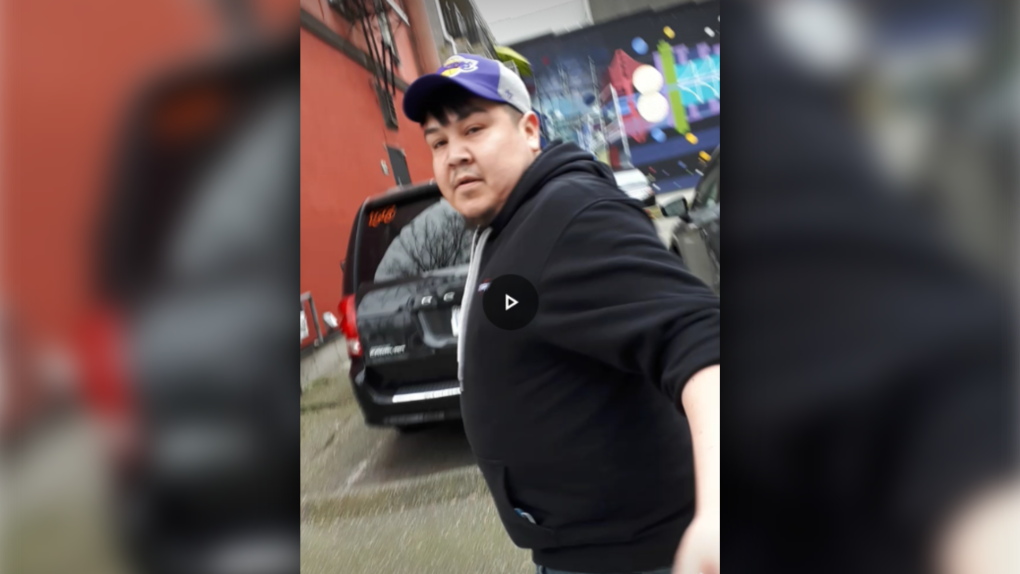 Police are trying to identify a suspect wanted in connection with an alleged groping incident in Vancouver's Gastown neighbourhood on March 27, 2021. (Handout)

VANCOUVER -- Police are asking for the public's help identifying a suspect after a woman was allegedly groped in Vancouver's Gastown neighbourhood.

Authorities said the victim was leaving work near Main and East Cordova streets at around 9:15 a.m. on March 27 when a man groped her from behind.

She managed to take a photo of a suspect before he walked away up Main Street, police said.

"It is undoubtedly unacceptable for a woman to be treated with such blatant disrespect," Const. Tania Visintin said in a news release. "Officers are looking for the suspect to hold him accountable and are asking for the public’s help."

The suspect is described as an Indigenous man between the ages of 25 and 30 with a heavy build. He was wearing a black hooded sweater and a purple and grey LA Lakers baseball cap.

Police asked anyone with information on the man's identity to contact the department at 604-717-4021.