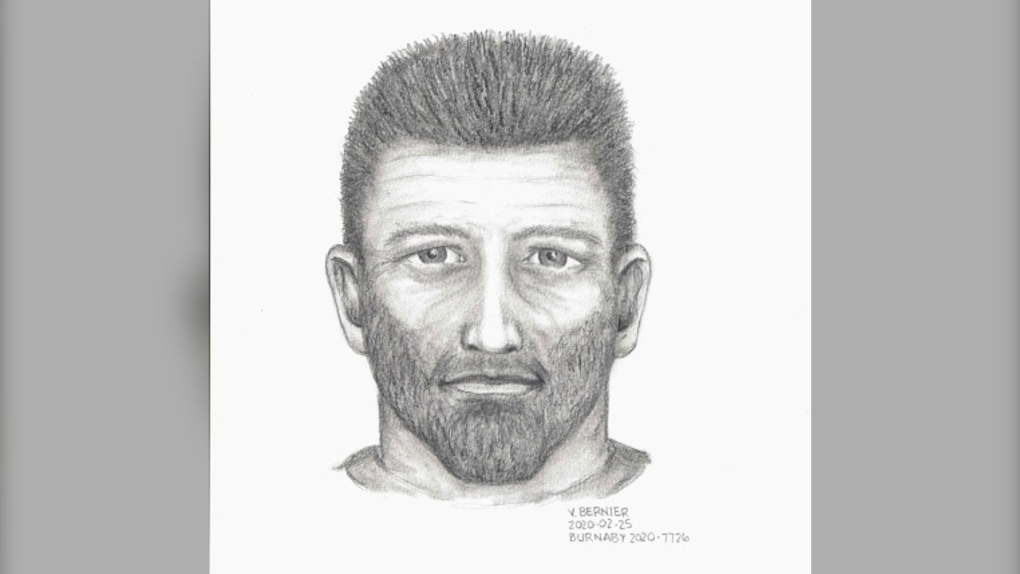 A composite sketch shows the suspect in an alleged indecent act in Burnaby, B.C. (Provided by RCMP)

VANCOUVER -- Mounties in Burnaby, B.C., are searching for a man accused of exposing himself to a woman near a strip mall in the Metro Vancouver city.

The RCMP say the incident reportedly occurred on the evening of Feb. 20.

Officers were called to the Market Crossing area at around 6:30 p.m. for reports of an indecent act.

It is alleged the man, who has not been identified, exposed himself to a woman, then drove away.

The man has been described as white and in his 40s with a slim build, short grey hair and grey stubble. He was wearing dark clothing at the time.

He was driving a four-door dark coloured sedan, police said in a statement released Monday. His licence plate number is not known.

Officers released a composite sketch more than two weeks after the alleged incident, hoping someone can identify the man in the drawing.

Anyone with more information is asked to contact the Burnaby RCMP at 604-646-9999. Tips can also be left anonymously through Crime Stoppers.