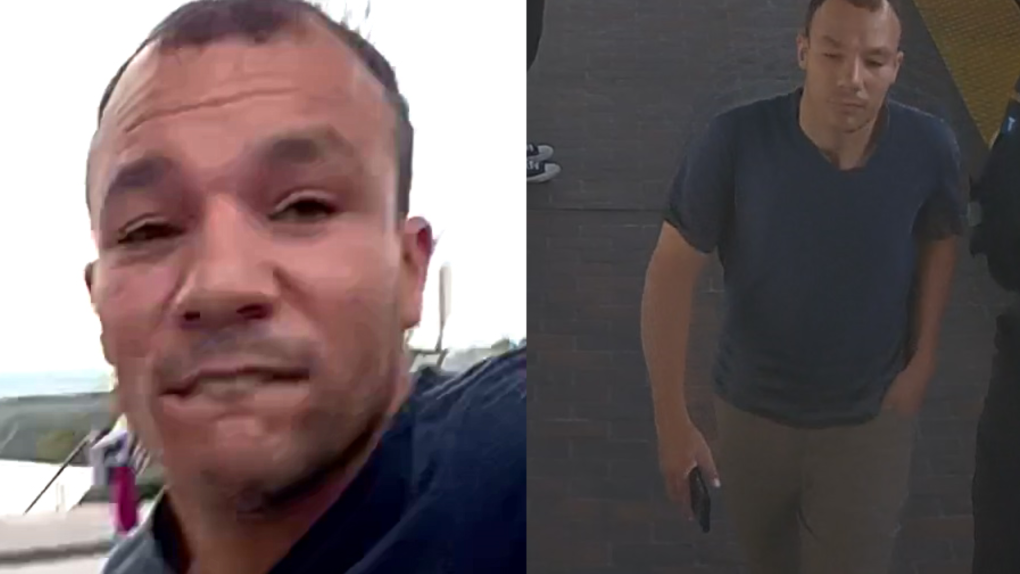 Photos provided by the New Westminster Police Department show the suspect in an alleged assault that occurred on Sept. 12, 2022.

Police in New Westminster say a tip from a member of the public helped them identify and arrest the suspect in an unprovoked assault that happened in broad daylight last week.

The incident took place around noon on Sept. 12 near the 22nd Street SkyTrain Station. At the time, police said the suspect had made sexualized comments about a woman he didn't know, then "assaulted her, knocked her to the ground and kicked her." Police also alleged that he threatened her with "an item believed to be a knife."

New Westminster police released photos of the suspect on Sept. 14, asking anyone who recognized him to come forward.

On Thursday, police announced that charges of assault and sexual assault had been approved against 31-year-old Surrey resident Mounib Bouazza.

“We’d like to express our gratitude to the person who saw our appeal for assistance, recognized the suspect, and reached out to us,” said Sgt. Justine Thom in a news release from the New Westminster Police Department.

“Thanks to your help and the support of our partnering agencies we were able to arrest and charge this individual.”

Preventable diseases like measles could follow trends seen elsewhere in the world and spread quickly in Canada due to a drop in routine vaccinations during the COVID-19 pandemic, say pediatricians who are urging parents to ensure their kids are fully immunized.

Protests against China's strict 'zero-COVID' policies resurfaced in Shanghai and Beijing on Sunday afternoon, continuing a round of demonstrations that have spread across the country since a deadly apartment fire in the northwestern city of Urumqi led to questions over such rigid anti-virus measures.