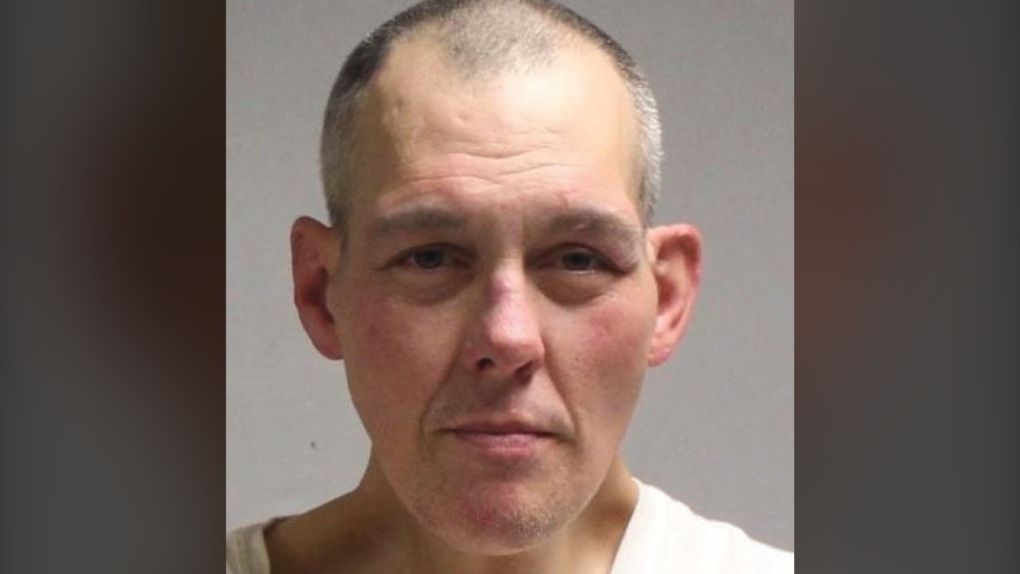 Yves Castonguay is shown in a photo provided by Vancouver police.

VANCOUVER -- A man charged with writing "disturbing, racist remarks" on the Chinese Cultural Centre in Vancouver, B.C., last year has been arrested once again.

Authorities announced Tuesday that 47-year-old Yves Castonguay is back in custody, weeks after he failed to show up for a court appearance and a warrant was issued for his arrest.

"We know this incident affected members of the East Asian community greatly, and quite frankly, all Vancouverites," Const. Tania Visintin said in a news release. "Investigators will continue to work on files with a hate element to ensure suspects are held accountable."

Authorities allege that Castonguay entered the courtyard of the Chinese Cultural Centre in April 2020 and wrote anti-Asian messages on four windows.

He was charged with public incitement of hatred and mischief to property on March 30.

Hate crimes have been on the rise during the pandemic, with Vancouver police reporting a 717 per cent spike in such offences targeting Asian people last year.