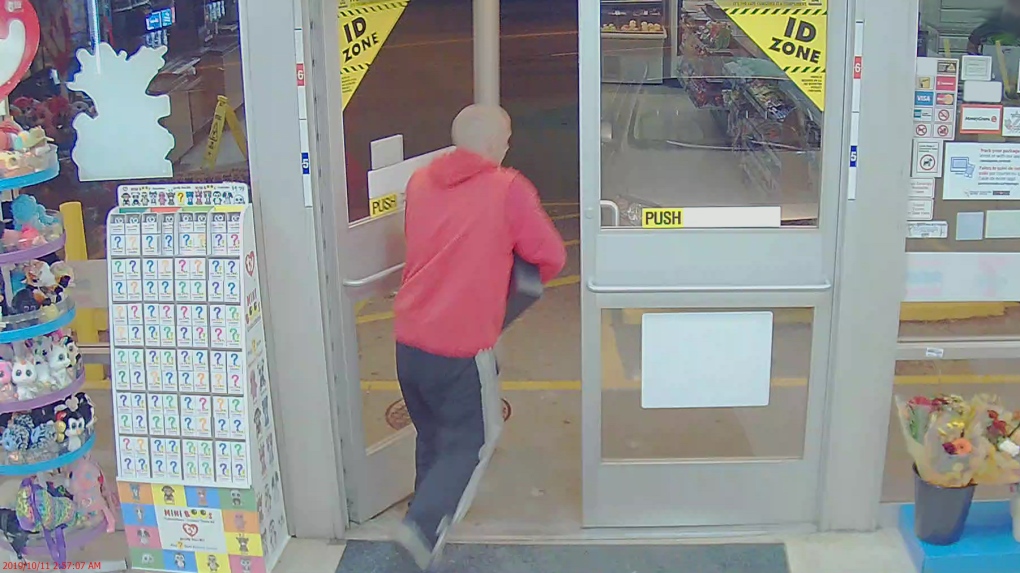 Coquitlam RCMP released this security photo from Oct. 11, 2019 which shows a suspect fleeing a convenience store while holding a cash register till.

VANCOUVER - A suspect has been arrested and charged in connection with more than a dozen robberies in four Metro Vancouver municipalities.

Derek John Muirhead, 32, is now facing 13 robbery charges and one count of assault with a weapon.

"We quickly realized our files were similar to crimes happening in Langley," said Cpl. Michael McLaughlin in a statement. "We pooled our resources with Langley RCMP, Burnaby RCMP and New Westminster police and by October 19, we had identified a suspect and made an arrest."

RCMP said their investigation into Muirhead is not over and more charges are possible.

Muirhead is in custody, and his next court appearance is scheduled for Nov. 15 in Surrey.