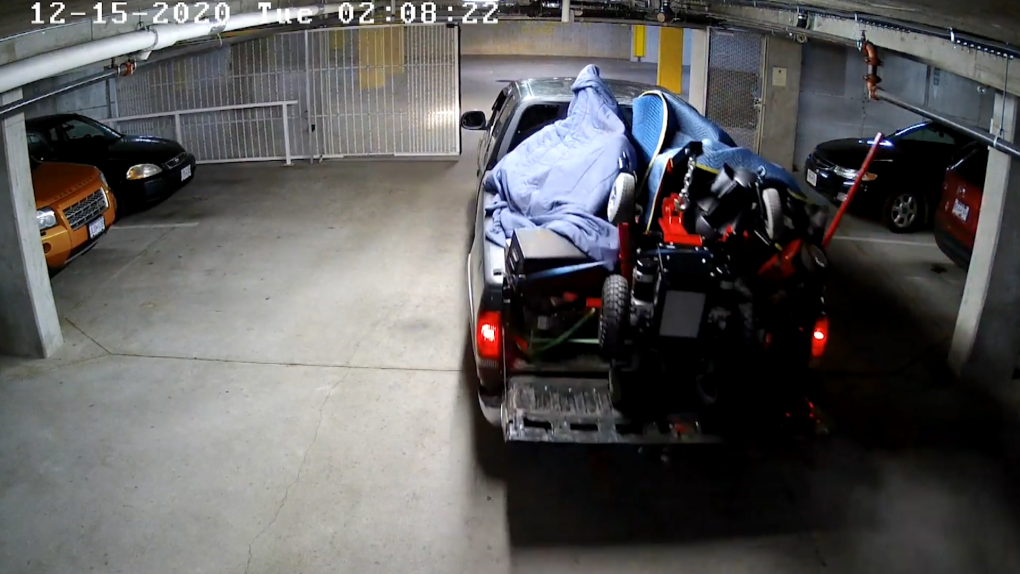 VANCOUVER -- Months after a wheelchair user's medical hoist was stolen from a parkade in Delta, B.C., police have announced an arrest in the case.

In a news release, the Delta Police Department said officers identified a suspect in late-February and seized "a number of items believed to be evidence."

"They've since been in touch with the owner of the wheelchair hoist to inform him of this news, and I understand he was very pleased," department spokesperson Cris Leykauf said in a statement.

Authorities said they plan to recommend a number of charges to Crown.

The victim of the theft, Mike Hamill, who is paralyzed from the chest down, received the hoist as a gift last year. His friends raised $10,000 to build it for him so he could use it to go fishing.

Hamill told CTV News he never got a chance to use the present before it was stolen.

Authorities recovered the hoist days later, but it had been stripped of important parts. Hamill created a GoFundMe to rebuild it, and managed to raise more than $11,000 in a number of days.

Several other items were stolen from the same Delta parkade, including kayaks and expensive tools. Police said the culprit appears to have used a stolen key fob to commit the thefts.