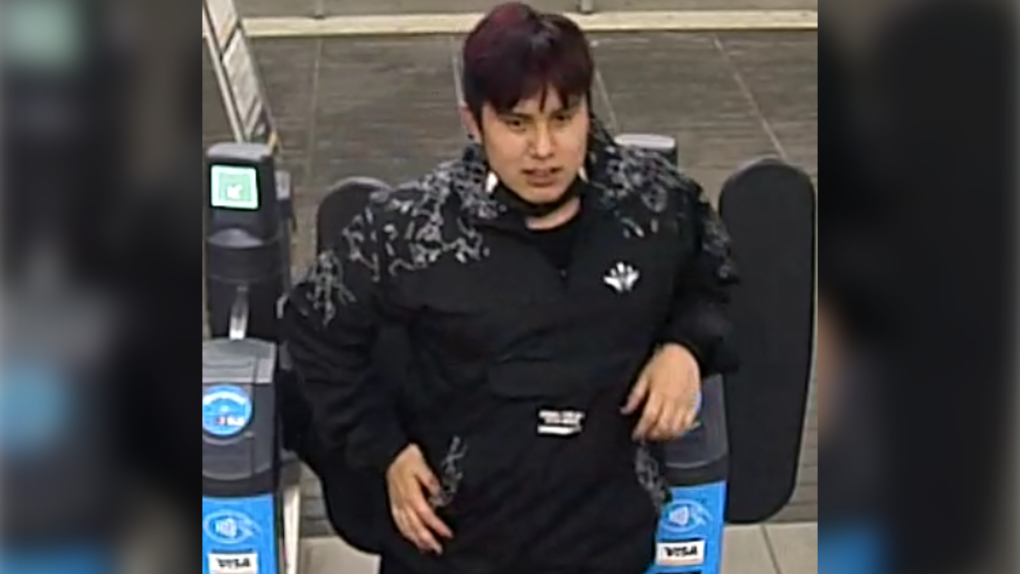 Police said they're hoping to identify a suspect in an alleged attack at a Vancouver SkyTrain station. (MVTP handout)
Vancouver -

About 24 hours after transit police issued an appeal for witnesses following an alleged sexual assault at a Vancouver SkyTrain station, officers say a man has been identified and arrested.

On Wednesday, police said a woman was approached by someone at the 29th Avenue SkyTrain station at about 12 a.m. Saturday.

The person asked the woman for the time, then allegedly approached her and blocked her path multiple times while trying to make conversation. According to police, the suspect then "wrapped their arms around her, groped her and forced her to the ground."

Following their appeal for witnesses, police said the suspect was identified as a 20-year-old Vancouver man who is known to them. Charges of sexual assault and robbery are being recommended by Metro Vancouver Transit Police and the suspect, who wasn't named, is being held in custody.

"Metro Vancouver Transit Police would like to thank the media and the public for their assistance with this investigation. We received multiple tips that led to the suspect's identity and arrest within 24 hours," MVTP said in a news release.

"Reducing sexual offences and making the transit system an unwelcomed environment for sexual offenders is a top priority."