Suspect arrested after pair of hit-and-run crashes in Surrey 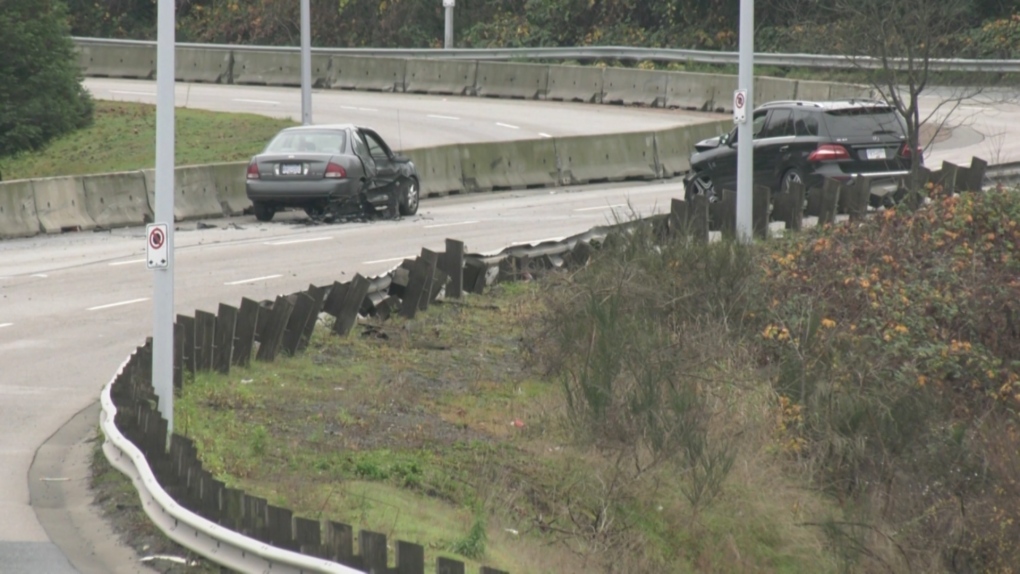 Two damaged vehicles are seen following a police incident on Scott Road in Surrey on Nov. 18, 2019.

VANCOUVER – A suspect has been arrested following a pair of hit-and-run crashes that put two people in hospital Monday morning in Surrey.

Authorities said the incident began when a driver refused to pull over for a traffic stop at around 7:50 a.m. near 128A Street and 111 Avenue.

The suspect then drove onto Scott Road and was "subsequently involved in two collisions," the RCMP said in a news release.

After the second crash, the driver allegedly tried to flee on foot. Authorities said they managed to nab a suspect near the scene with help from a police dog.

Two people were hurt in the collisions, but neither of their injuries is believed to be life-threatening.

The RCMP said it notified the Independent Investigations Office, which is tasked with probing all police-involved incidents that result in death or serious injury, to determine if the incident reaches the watchdog’s threshold for investigating.

Crews were forced to close down some roads in the area while police investigated the crashes. The RCMP said it expected the scene to be cleared by 5 p.m. Monday.