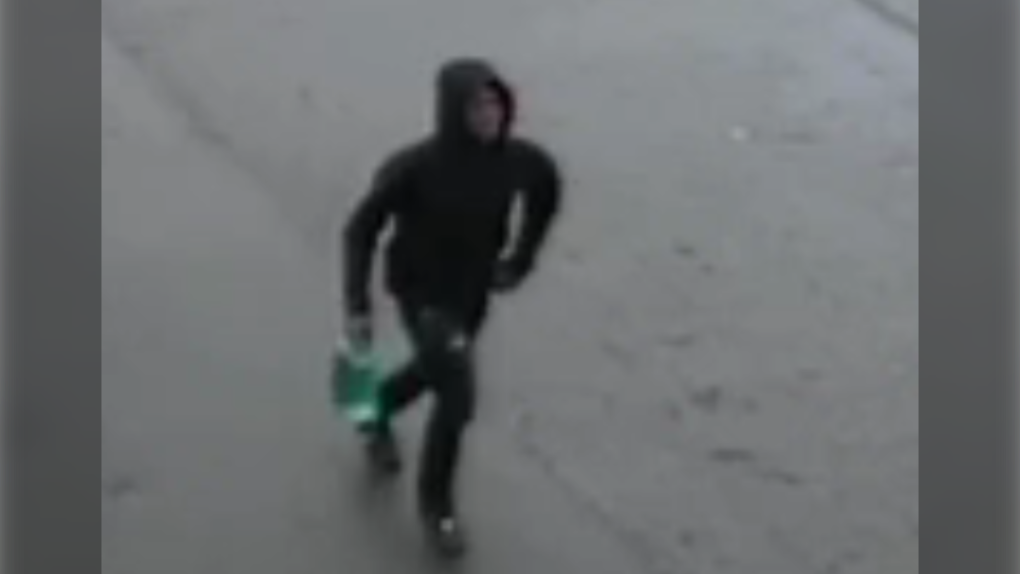 Mounties said the suspect photo they released is "not of great quality," but they're hoping someone will recognize the man from his clothing and bag. (Surrey RCMP)

Mounties in Surrey are asking the public for help identifying a man suspected of groping a woman in the city Monday morning.

The incident occurred around 10:50 a.m. in the Whalley neighbourhood, according to a news release from Surrey RCMP.

Police say the suspect groped the victim near the intersection of King George Boulevard and 102 Avenue. Their statement does not provide any other details about what transpired.

After an "extensive" canvass of surveillance cameras in the area, investigators obtained an image of the suspect, which they released with their statement.

"While the image is not of great quality, police are releasing it in hopes that someone may recognize him based on the clothing and bag," the news release reads.

Police describe the suspect as a Black man in his mid-to-late 20s with a slim build. He stands 5'7" and was wearing a black hoodie, black jeans with rips in the front, and black shoes with reflective laces at the time of the assault.

He was also carrying a turquoise bag, according to police, who are asking anyone with information about the incident to contact them at 604-599-0502.