VANCOUVER -- Mounties are asking for the public's help to find a Maple Ridge woman who has been missing for over a week.

Atefeh Jadidian, 40, hasn't been seen since Feb. 19 at 4 p.m. She was leaving her workplace near Lougheed Highway and 228 Street at the time.

On Friday, police released a new surveillance image of Jadidian walking near Dewdney Trunk Road and 248 Street. In the image, which was taken at about 5:30 p.m. on Feb. 19, she's wearing a turquoise toque, a puffy grey hooded jacket, dark pants and black shoes. 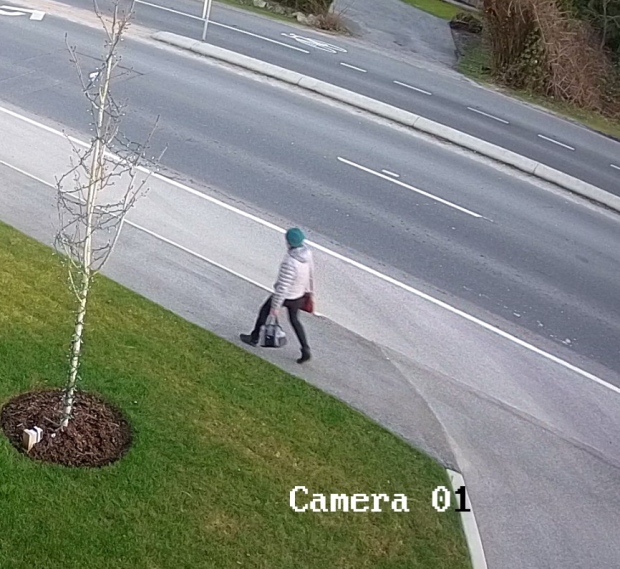 On Monday, police said Jadidian's white Mazda CX-5 SUV had been found, but she still remained missing. They did not say where the vehicle had been located.

Ridge Meadows Search and Rescue was called in to look for Jadidian in an area surrounding Cliff Park and an area in Kanaka Regional Park.

Police are also asking for the public's help. Anyone with dash cam footage from Dewdney Trunk Road between 248th and 270th streets on Feb. 19 between 5:25 p.m. and 6:15 p.m. is asked to contact Mounties. Also, anyone who lives in that same area is asked to check their properties for anything that seems suspicious or out of place.

Anyone with information is asked to contact Ridge Meadows RCMP at 604-463-6251. Tips can also be sent in anonymously through Crime Stoppers.