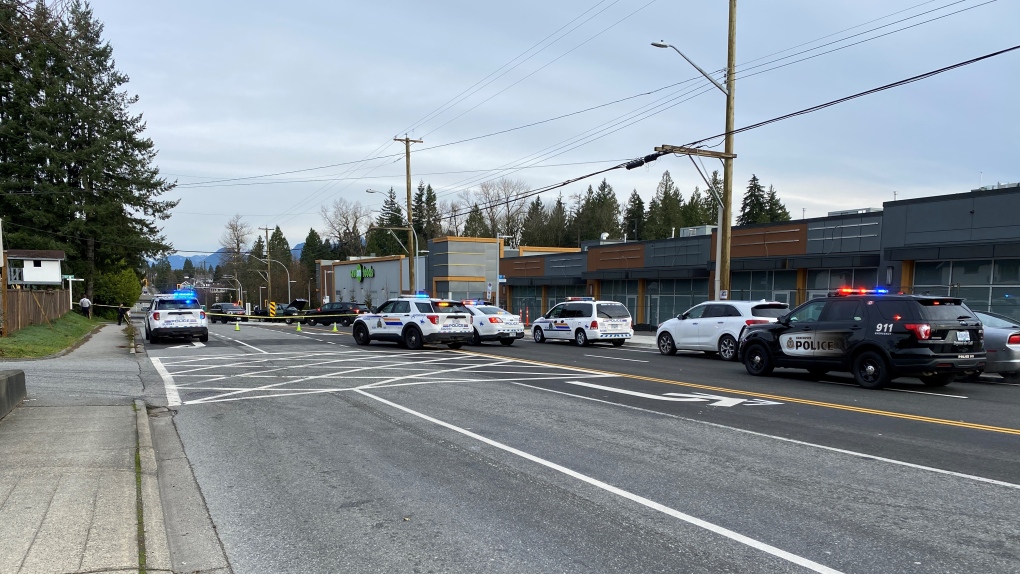 A multi-jurisdictional police incident had 156 Street and 104a Avenue closed to pedestrians and traffic in Surrey's Guildford area Friday morning.

A damaged unmarked police cruiser and two other damaged vehicles could be seen.

Surrey Mounties told CTV News Vancouver the incident began shortly after 8:30 a.m. when a stolen vehicle was followed from Vancouver through Burnaby and into Surrey.

One person was taken into custody, Mounties said. Nobody was injured.

A universal vaccine could be the future of the coronavirus fight

Scientists are working to develop a "pan-coronavirus" vaccine — one that offers protection against multiple variants of the coronavirus that causes COVID-19.