Surrey SkyTrain shooting: Injured officer 'excited to be back' at work 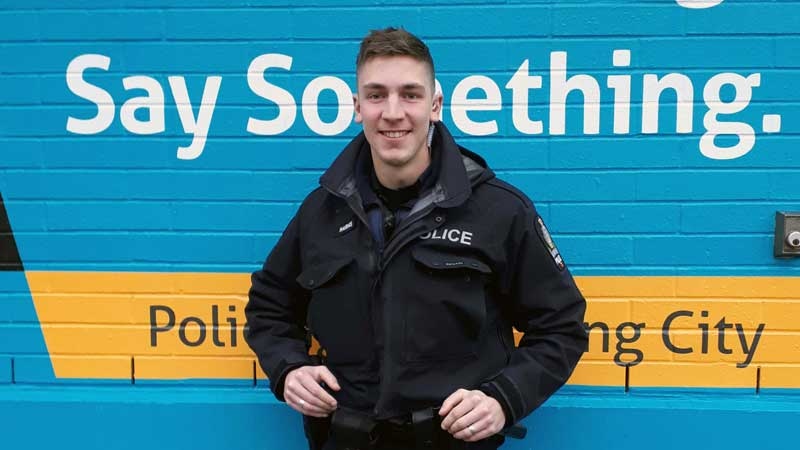 A transit police officer who was shot at a Surrey SkyTrain station earlier this year has returned to work, the force announced Thursday.

Const. Joshua Harms was taken to hospital with serious, but non-life-threatening injuries on January 30 after a shooting during the rush hour commute at Scott Road Station.

After undergoing surgery at Royal Columbian Hospital, the 27-year-old was released from care on Feb. 4, a day after a massive manhunt triggered by the incident ended with the arrest of 35-year-old Daon Glasgow.

"After several months of recovery among compassionate family, friends and co-workers, I am excited to be back at work and contributing to a safer transit system," Harms said in a statement. "I look forward to returning to patrol as soon as possible, and would like to thank all who supported me as I navigated this complicated time in life.”

But things aren't entirely back to normal for the constable.

"Over the past several months, Const. Harms has undergone surgery and extensive physical rehabilitation. For the immediate future, he will be assigned to light duties with the detectives in the General Investigation Unit," transit police said.

Four charges have since been approved against Glasgow, including attempted murder using a restricted or prohibited firearm and discharging a firearm with the intent to endanger life.