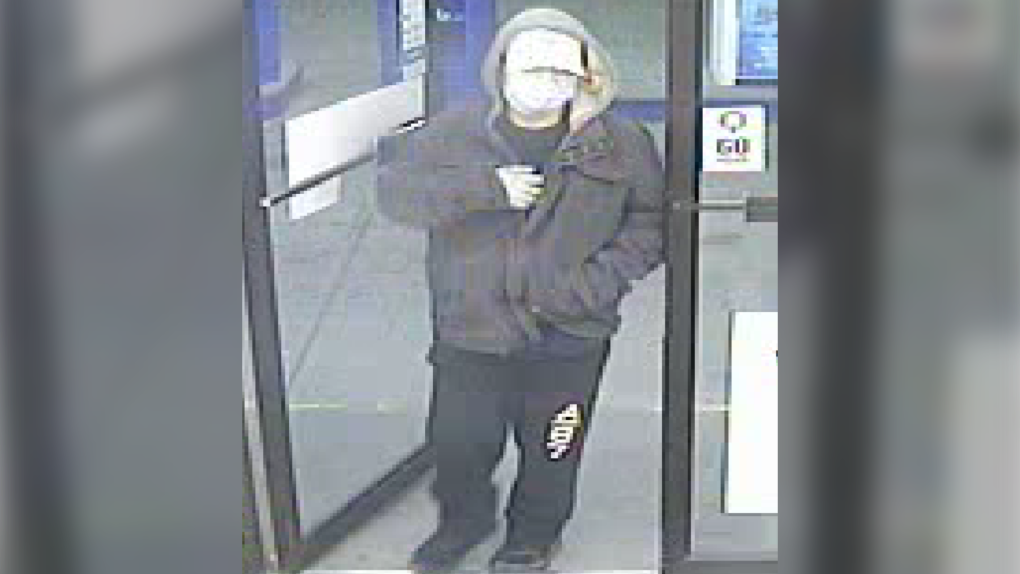 Police describe the suspect as a white man between the ages of 20 and 35. (Surrey RCMP handout)

VANCOUVER -- Police in Surrey are asking the public for help identifying a man they suspect has committed four separate robberies at gas stations in the Cloverdale neighbourhood so far this month.

In each incident, the suspect entered the store, indicated he had a weapon and demanded money from the register, police said.

They describe the suspect as a white man between the ages of 20 and 35. He stands between 5'3" and 5'7" tall and has a slim build, according to police, who also released surveillance photos of him.

Anyone with information on the robberies should call Surrey RCMP at 604-599-0502, police said. Tips can also be provided anonymously through Crime Stoppers at 800-222-8477.