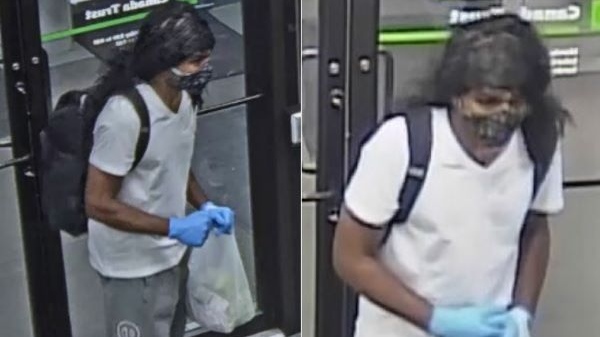 RCMP have released security camera images of the suspects in hopes someone will recognize them.

VANCOUVER -- Mounties in Surrey are asking for the public's help to identify a pair of suspects involved in a bank robbery that took place in the Whalley neighbourhood last month.

Surrey RCMP received reports of the robbery at a bank on 96 Avenue near 128 Street shortly before 7 p.m. on March 12.

Two men entered the bank, one of whom approached the service counter while the other remained at the entrance, police said.

"The man at the service counter uttered threats and demanded money," said Cpl. Joanie Sidhu with the Surrey RCMP, in a news release. "Both men left the area after the money was retrieved."

RCMP have released security camera images of the suspects in hopes someone will recognize them.