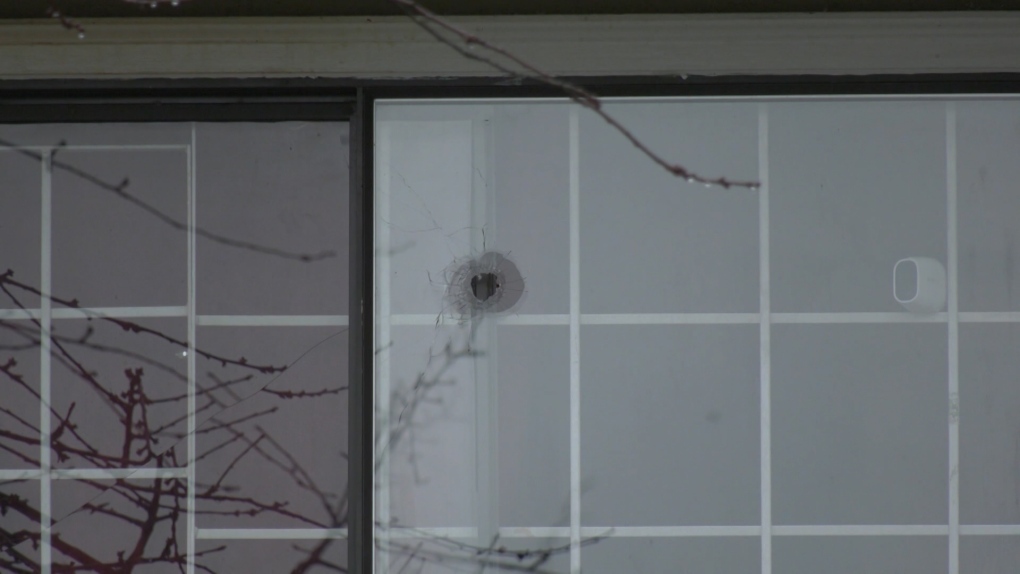 An exchange of gunfire left one Surrey home riddled with bullet holes. (CTV)

VANCOUVER -- Surrey RCMP say they found a number of guns, Tasers, other weapons and drugs at a home in Surrey that was involved in an early morning shooting on Dec. 7.

No one was hurt in the incident, but a home near 139A Street and 108 Avenue was left riddled with bullet holes and 11 people were taken into custody. One man remains in custody on an outstanding warrant, but the 10 other people were later released as police continue to investigate.

Police say they searched another home in the neighbourhood in connection with the shooting, and it was in that home that they found four guns, two Tasers, "a quantity" of drugs and other weapons.

Police say the shooting was targeted and the result of a dispute "between parties known to one another." They say there is no indication that there is an on-going risk to the public.