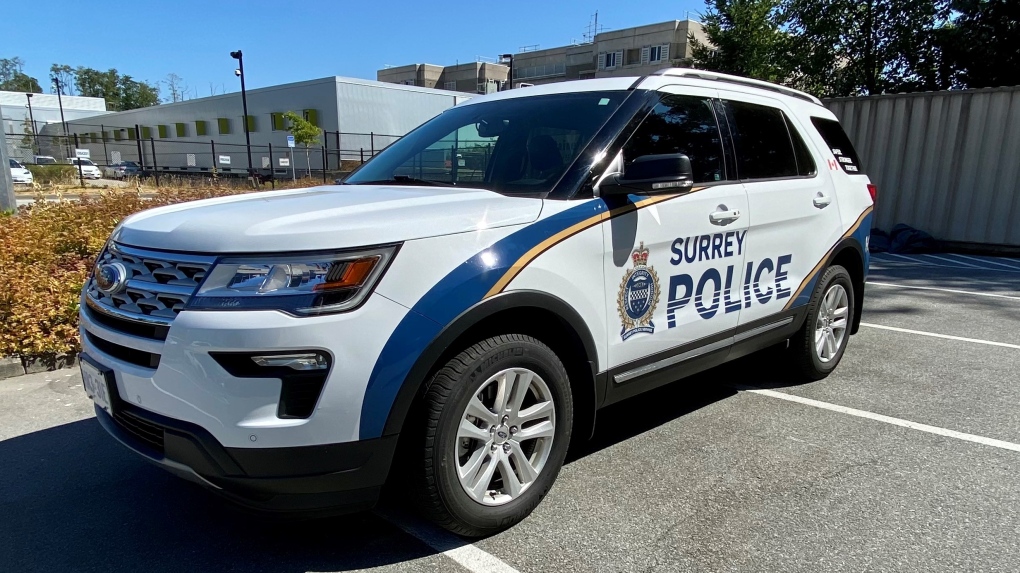 A Surrey Police Service cruiser is shown in an image from the SPS.

An officer with Surrey's new municipal police force – who had been on the job for just four months – has been arrested by Surrey RCMP.

The officer works for the Surrey Police Service, which said in a news release that it was releasing information on the arrest "in the interest of transparency."

The SPS did not share the officer's name, age or gender, nor any of the details of the alleged crime, other than that the officer is facing a possible charge of breach of trust, which has not yet been approved by the BC Prosecution Service.

The officer was hired in May 2022 and had a little more than a year of previous policing experience, the SPS said. The officer has been suspended with pay pending the outcome of the criminal investigation, which the Surrey RCMP is conducting.

CTV News asked Surrey RCMP for more information on the case, but the detachment declined to provide it, sharing only the following brief statement:

"Surrey RCMP became aware of some information that resulted in the initiation of an investigation of an officer with the Surrey Police Service (SPS). That investigation is active and ongoing. SPS were notified and initiated their internal processes related to conduct. We are not able to provide any further information at this time."

The Office of the Police Complaint Commissioner has also been notified of the incident, according to the SPS.

The SPS is scheduled to take over from the Surrey RCMP some time after May 2023, though the timeline for the changing of command has not yet been finalized, according to the SPS website.

Researchers look for ties between modern behaviour and Neanderthal DNA, a series of stabbings are under investigation in Las Vegas and Conservative Leader Pierre Poilievre is condemned over the use of a YouTube tag. Here's what you need to know to start your day.