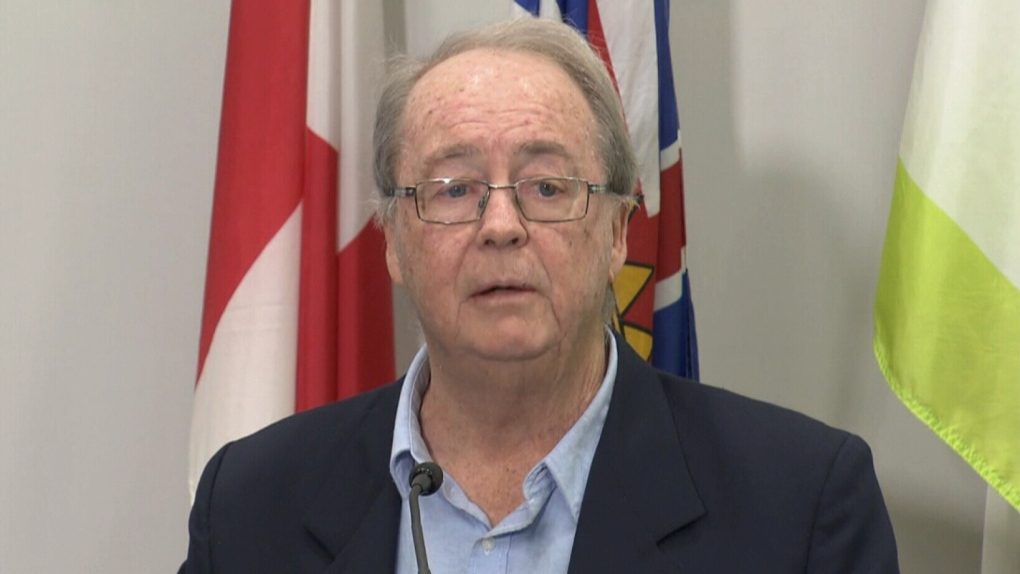 The decision to ban seven seniors from Surrey city council meetings has earned Mayor Doug McCallum and four councillors a "dishonourable mention" from the annual Code of Silence Awards.

The tongue-in-cheek awards, which recognize "outstanding achievement in government secrecy," are chosen by the Canadian Association of Journalists, Ryerson University's Centre for Free Expression, and other organizations with an interest in transparency.

The 2021 Code of Silence Award in the municipal government category was given to Stratford city council – but CAJ president Brent Jolly said Surrey deserved its own dubious distinction for barring a group of RCMP-supporting citizens from participating in discussions on the city's policing transition.

"For something that is so significantly in the public interest – talking about the future of policing in a major city in British Columbia – the heavy-handed tactics of the mayor and some of those councillors was definitely worthy of recognition," Jolly told CTV News.

The seven banned seniors were eventually allowed back into council meetings, though Jolly noted there was no apology or reimbursement of the legal fees the citizens paid fighting the decision.

CTV News reached out to McCallum and the four councillors, and only Guerra offered to comment on the award, saying it "reeks of political pandering to me."

Guerra said the citizens who were barred from participating broke council rules repeatedly, and were "completely disrespectful of our city staff and public hearing process."

"They are all members of a group called Keep the RCMP in Surrey and they will stop at nothing to get their way," Guerra wrote in an email.

But Coun. Linda Annis, who has also been critical of the city's transition process, argued the incident is just one example of McCallum and other councillors "hiding information" from the electorate.

"City hall and city council need to be honest, transparent, accessible and willing to listen. That really hasn’t been the case over the past three years," Annis said in a statement.

The process for choosing Code of Silence Awards begins with public nominations, backed up by original documents and news reports, according to the Canadian Association of Journalists.

"There's definitely no shortage of deserving candidates out there, from what we see every year," Jolly said.

Earlier this month, the B.C. NDP earned the Code of Silence Award in the provincial government category for adding a $10 fee to freedom of information requests, which are used by journalists and private citizens to obtain data and documents that officials do not make readily available.

"They took the 'free' out of freedom of information, and that was really disappointing to see," Jolly said.