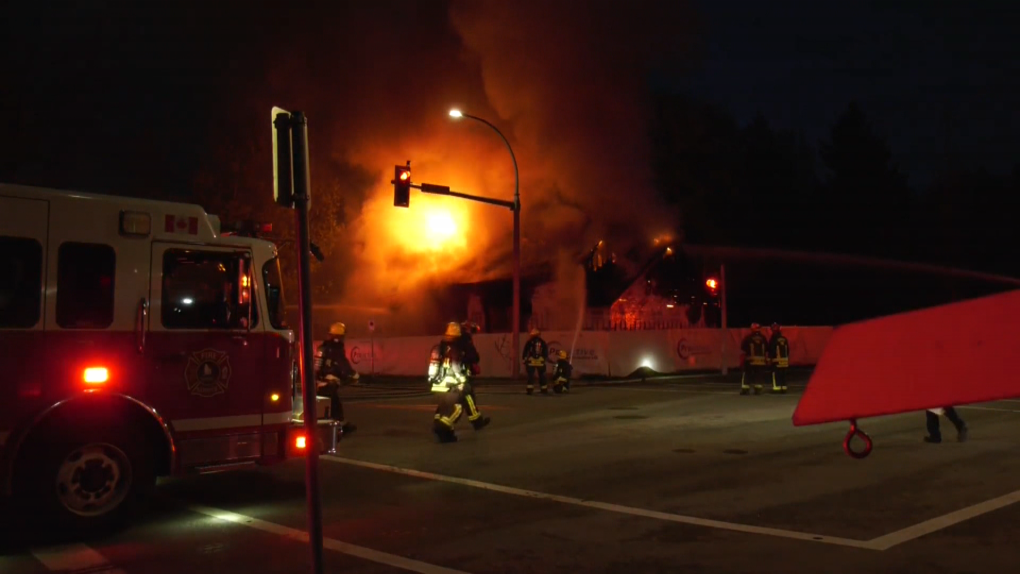 VANCOUVER -- Firefighters called to a structure fire in Surrey Thursday morning arrived to find the building fully engulfed in flames.

Assistant Chief Steve Serbic told CTV News crews were called to the scene at 121A Street and 75 Avenue shortly after 5 a.m.

Seven trucks and 22 firefighters were called to the second-alarm fire at the building, which was unoccupied as it was under construction at the time.

The approximately 4,000-square-foot building is owned by the city, Serbic said.

Crews were able to knock down the blaze after what he called a three-hour "defensive attack."

Surrey Fire investigators are working with the RCMP to determine the cause of the fire.

No one was injured.