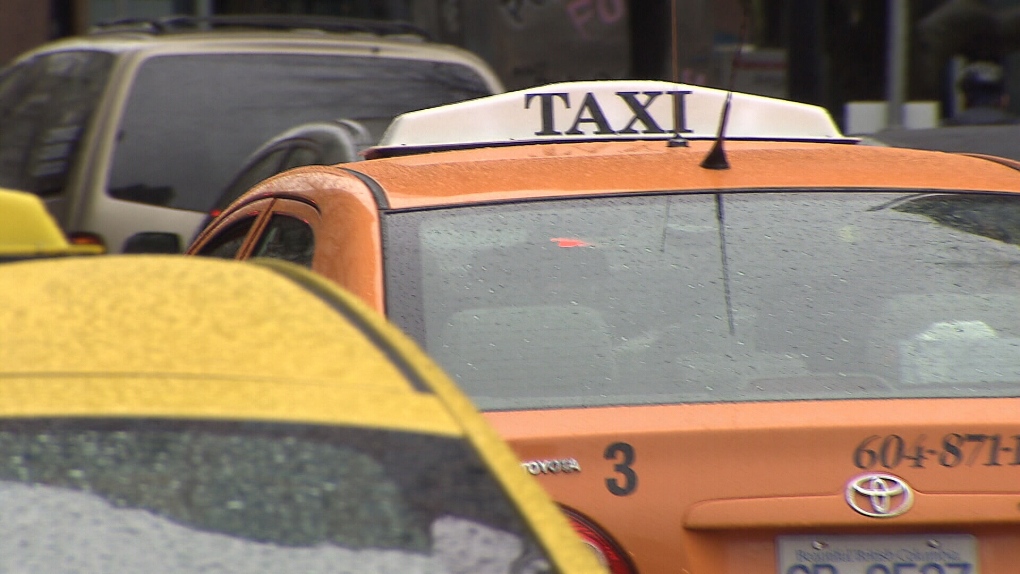 SURREY, B.C. -- The Surrey Board of Trade is looking for public support for the taxi industry’s latest bid to remove long-standing boundary limits to their operations, calling it a move to offer consumers more choice.

CEO Anita Huberman announced a petition Tuesday morning in support of the industry's ongoing efforts to end what she calls "archaic government red tape" that prohibits taxis from picking up passengers outside their licence boundary.

"Local taxis want to compete with ride-hailing companies, but on a level playing field without any boundaries," said Huberman.

Dozens of representatives from the taxi industry were on hand to echo that sentiment, something they've been battling for for years.

"Do what is right for the drivers and right for the public," said Gurdip Sahota, general manager of Sunshine Cabs. "We are a resource that is under-utilized and we want our drivers to compete and make an honest living."

The petition calls on transportation minister Claire Trevena to allow the region's 2,500 taxis to pick up and drop off wherever their customers want, like ride-hailing companies are currently allowed.