Sudden death of some infants could be linked to genetic mutation: SFU 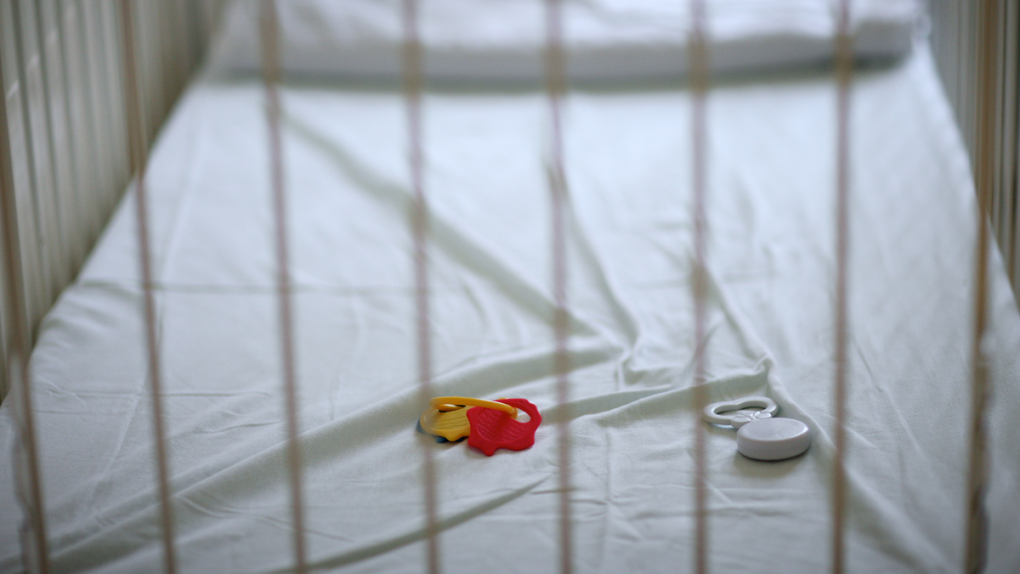 A crib is shown in this undated image from shutterstock.com. (Anna Jurkovska)

A research team led by a Vancouver-area university suggests a genetic variant may be behind some cases of sudden unexpected deaths in infants.

The recently published research from Simon Fraser Univeristy says the newly identified variant can cause sudden cardiac arrest, which could explain some cases of SUDI.

The term is used when there is no apparent cause of the death of a baby, and incudes sudden infant death syndrome (SIDS).

Glen Tibbits, a professor in the Department of Biomedical Physiology and Kinesiology, and his team of researchers determined the genetic mutation disrupts neonatal cardiac physiology, SFU said in a statement Friday.

It alters how calcium is handled in the heart, which can lead to arrhythmias in newborns.

"SUDI is a devastating occurrence for parents and health-care practitioners, particularly when post-mortem analysis is unable to pinpoint the cause of death," Tibbits said in a post about the research on SFU's website.

As part of the study, researchers sequenced genes from 191 SUDI victims. Ten of those infants showed a previously unknown variant of the troponin I gene, which is thought to be expressed in the heart in the first two years of life.

The variant, called TNNI1 R37C+/-, was introduced into stem cells, which were then differentiated into beating heart cells. Researchers were able to monitor the heart beat patterns and detect abnormal activity.

The research suggests the mutation disrupts how the body handles an increased heart rate.

The study was published last week in the Proceedings of the National Academy of Sciences of the United States of America.

Still, Tibbits said more work is needed before the research is used for treatment.

The next step is getting cardiologists and genetic counsellors to work with families of deceased infants to identify carriers of the mutation.