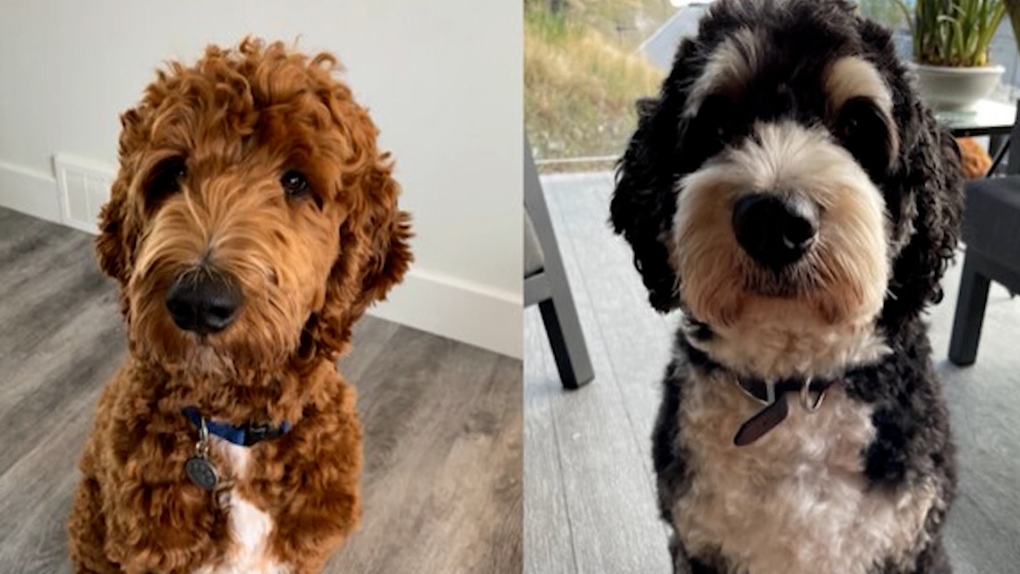 This photo submitted by Diedra, a B.C. dog owner, shows the two pups she says were poisoned in December of 2022.

A woman from B.C.'s Okanagan is shaken and keeping a close eye on her beloved dogs after she says they were poisoned by someone who snuck into her backyard and left trays of meat doused in anti-freeze for the pups to eat.

Deidra, who did not want to give her last name, livesin Lake Country. She tells CTV News her dogs got sick on Thursday evening. She let them out to relieve themselves around dinner time. When Jake, a three-year-old Aussiedoodle and Sofiya. , a four-year-old Bernedoodle returned, it was immediately clear something was wrong.

"They came back in and immediately started vomiting and then wanted to go right back outside. It's dark outside already at four o'clock, so I went out there with them and I found two big trays of meat in our yard – one placed in one corner, one placed in another," she said.

"It was really alarming but my first thought wasn't to think that somebody's poisoning them."

The next morning, with the dogs still lethargic and ill, Diedra took another look at the trays she had put in her freezer and found the contents hadn't frozen at all overnight.

"It was really scary," she told CTV News, saying she then rushed the animals to the vet. 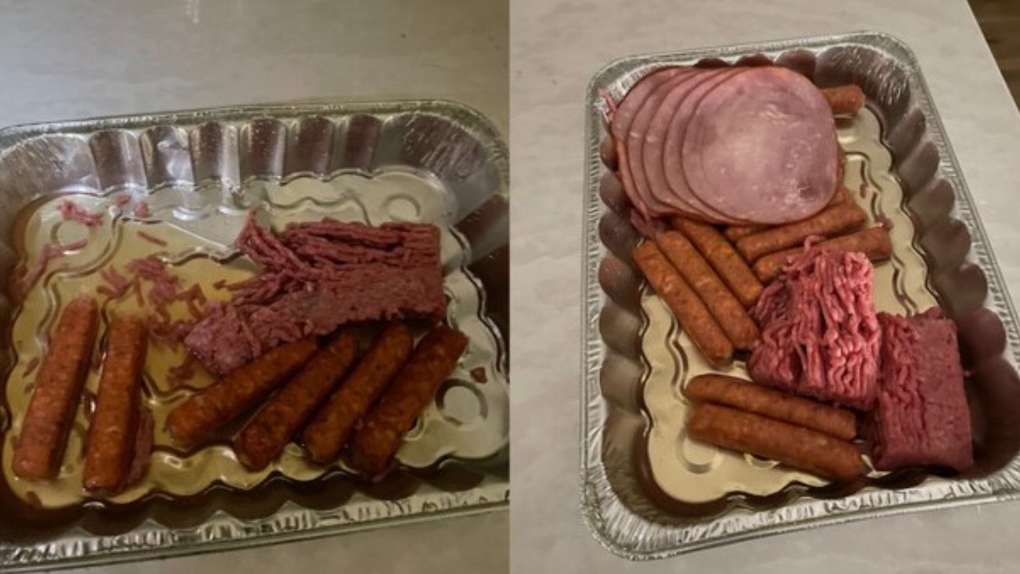 A dog owner in B.C. says these trays of meat, that were doused in a liquid she believes was anti-freeze, were left in her backyard. Photo submitted to CTV News.

The canines' condition has improved since Friday, and Diedra says by Sunday they had more energy and had finally eaten something.

But she's still extremely rattled and has installed a security camera to capture what happens in her yard.

"It's such a violation. It just makes you not want to be outside of your house. I will not let them outside without me right beside them at all -- and I never will,' she said.

Diedra says she reported the incident to police, who told her they have not received any similar complaints. However, officers have been following up and patrolling the area.

"They have been here constantly. It's something that it seems like they are taking very seriously which is comforting," she said.

The neighbourhood, according to Diedra is home to multiple dog owners whom she has since warned about what happened to her pets.

"Everyone is on high alert. Nobody's letting their dog out of their house. Everybody is like terrified," she added.

Until she has some answers about who may have done this and why, she's hoping no other dogs will be harmed and that whoever came onto her property does not return.

The Kelowna RCMP, in a statement, is asking for anyone with information to contact them immediately.

Ukraine unveiled a criminal case on Friday against the boss of Russia's Wagner mercenary company, and promised to track down and prosecute the company's fighters who try to flee abroad.