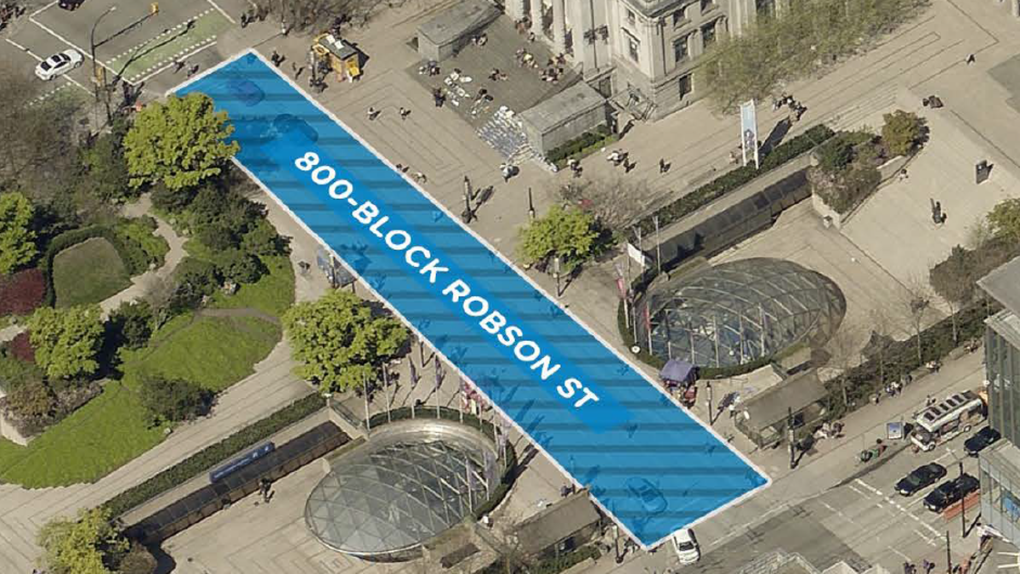 Councillors voted Tuesday night to turn the popular space, which is sandwiched between the Vancouver Art Gallery and the B.C. Law Courts, into an outdoor plaza.

General manager of planning, urban design and sustainability Gil Kelley said the demand for public spaces will continue to increase as Vancouver grows.

“Delivering a permanent plaza at 800 Robson Street fills a vital public space need in Vancouver, with important social, cultural, and civic functions,” said Kelley in a report by the City of Vancouver.

The Downtown Business Improvement Association said the square will be outfitted with lighting and power outlets for street performers. The association also confirmed that the space will be accessible and free to the public.

This approval comes after city council deferred funding for the permanent project in December 2018 and directed staff to seek partner funding. As part of the new recommendations, the city proposed a budget of $5.38 million to upgrade the area.

Gauthier said that people have brought up concerns over cost recovery for the investment into the square but he also highlighted that we need to view public spaces like Robson Square in the same vein as other public domains like libraries, parks and communities centres.

In March 2018, city councillor Melissa De Genova put forth a motion to re-open the space to traffic because she said the model for the square had failed.