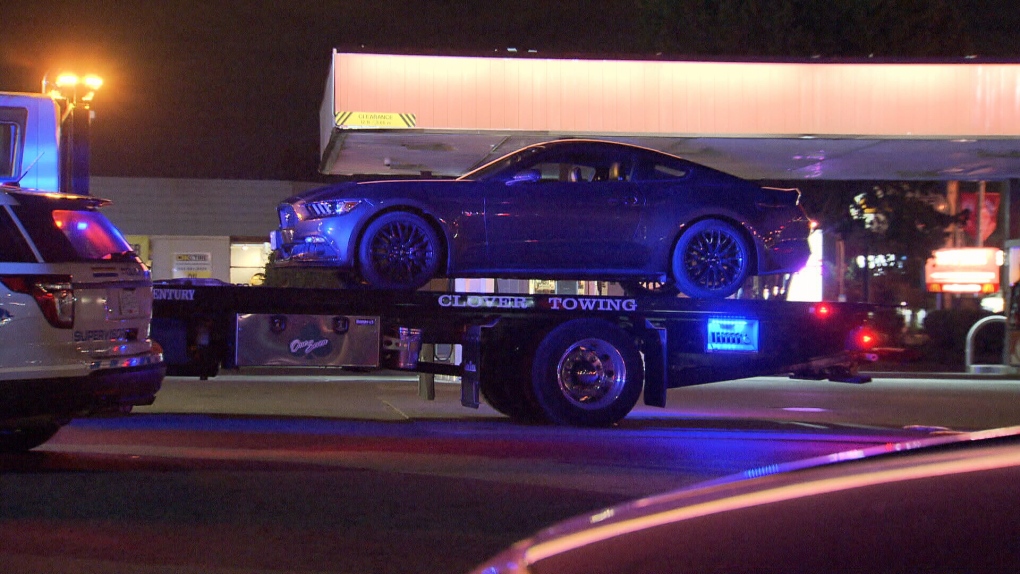 A Mustang is seized after an alleged street race down King George Boulevard in Surrey, B.C.

The tough new consequences, which came into effect on Dec. 1, represent a huge increase from the current driving prohibition of 15 days.

"The drivers posing the greatest risk to people's lives are often caught repeatedly, and that tells us they aren't taking the consequences seriously," Solicitor General Mike Farnworth said in a news release.

"We're going to be scrutinizing their driving more closely and making sure the penalty fits. Racers who won't take their cars to the track can expect to walk or use public transit."

The length of driving prohibitions depends on the severity of the offence and the driver's record, but the government said most will range between three and 36 months.

Those bans apply to a range of offences, including excessive speeding, driving without due care and attention, and other high-risk behaviour that the province said presents "an immediate risk to public safety."

Police will still be impounding the vehicles involved for at least seven days, as they do under the current rules.

The government said motorists who believe they were unfairly targeted can request a review of their case through RoadSafetyBC's current adjudication process.