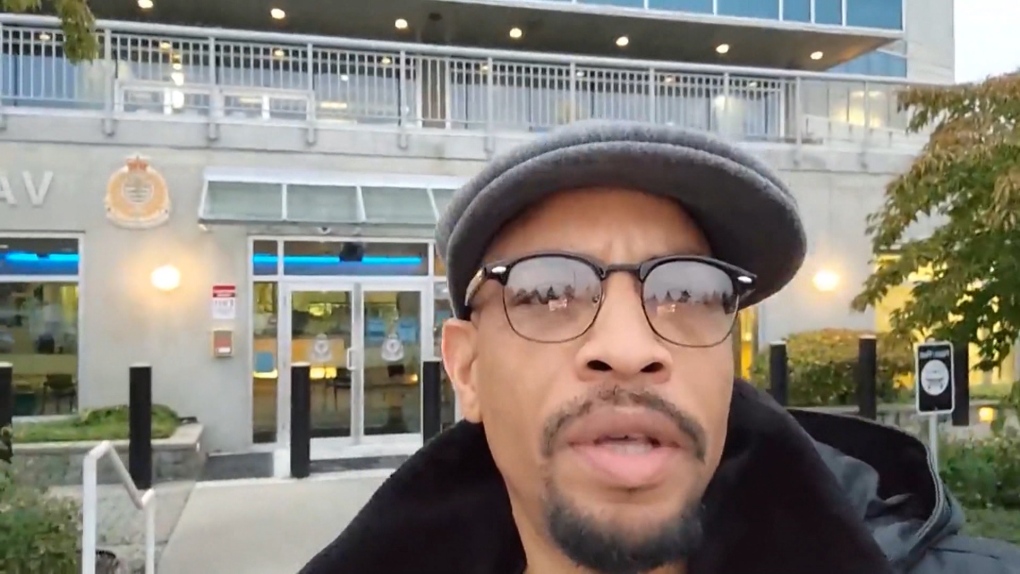 VANCOUVER -- A street preacher has turned himself in to Vancouver police after being charged in connection to an assault that left a man with a broken leg.

Dorre Love posted a video to YouTube Tuesday, saying he was on his way to a local police station in Vancouver.

"I'm on my way downtown to the police station to turn myself in," Love says in the video.

Police confirmed to CTV News Wednesday that he had turned himself in, and was then released with conditions.

He's expected to appear in court next month.

Vancouver police announced last Thursday that aggravated assault charges had been approved against Love. In a news release issued at the time, police said Love was preaching on Davie Street with another man on Aug. 22.

"The victim in this file confronted Love and a physical altercation followed," the news release says. "The victim was taken to hospital with a broken leg."

After the incident, officers described their messaging as "anti-gay chants" and preaching about religion.

While Love was arrested at the time, he was later released. But when the charge was approved, a warrant was issued for his arrest.

In his YouTube video, Love says he "made an agreement" with officers.

"This is supposed to go pretty smooth, go in here, turn myself in, accept conditions and fight the case from there or go to court," he says.

"So, it is what it is. Time to go turn myself in like a good citizen."