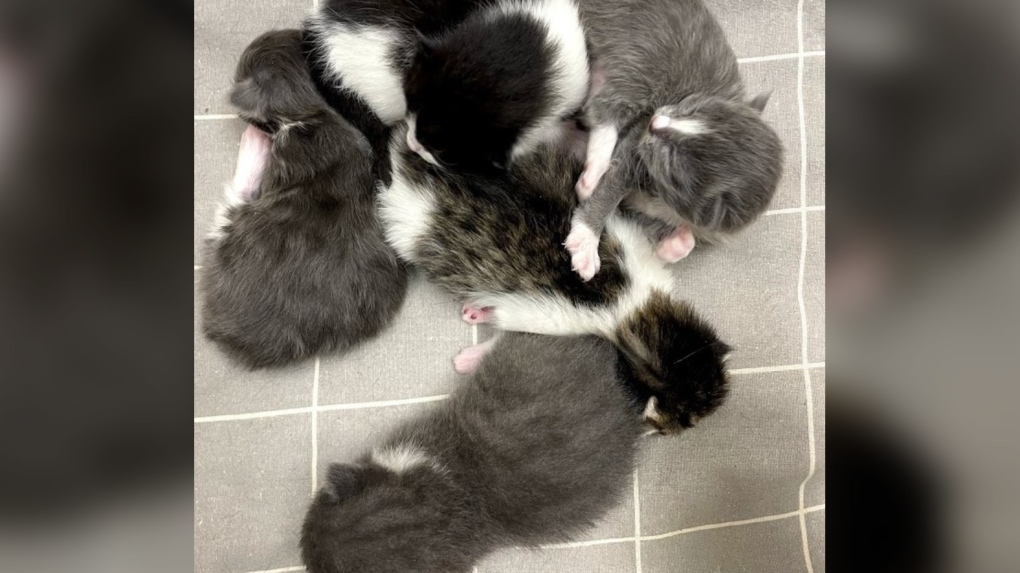 VANCOUVER -- Five very young kittens stolen during a break-and-enter in Abbotsford, B.C., have been located and returned, police say.

In a statement, Sgt. Judy Bird said the kittens have been returned to their mother, a cat named Mittens.

"Over the past 24 hours, Abbotsford police investigators have received an overwhelming number of tips and information relating to this theft," Bird said.

She said one of the kittens was brought into a local SPCA branch Wednesday afternoon, and the other four were recovered by the department's Crime Reduction Unit and Const. Froese, a patrol officer.

Bird did not say what information led to the recovery of the 11-day old kittens, nor did she say whether anyone has been arrested.

She said the investigation is ongoing and "details are limited."

The kittens were taken during a break-in at a home on Bevan Avenue. Police said they believed the suspect had entered the home through an unlocked door at around 3 a.m.

Also taken were items including passports and an Apple TV. Some of the stolen items were also recovered, Bird said.

The suspect was described as white and in his 20s. He is tall and slim, police say, and was wearing a light-coloured hoodie and dark pants at the time.

AbbyPD investigating break & enter where 5 ten-day-old kittens were stolen at approx 3 am this morning from the 32900 blk of Bevan Ave. Do you recognize this thief? Call us. Their mom, Mittens, wants her babies back.