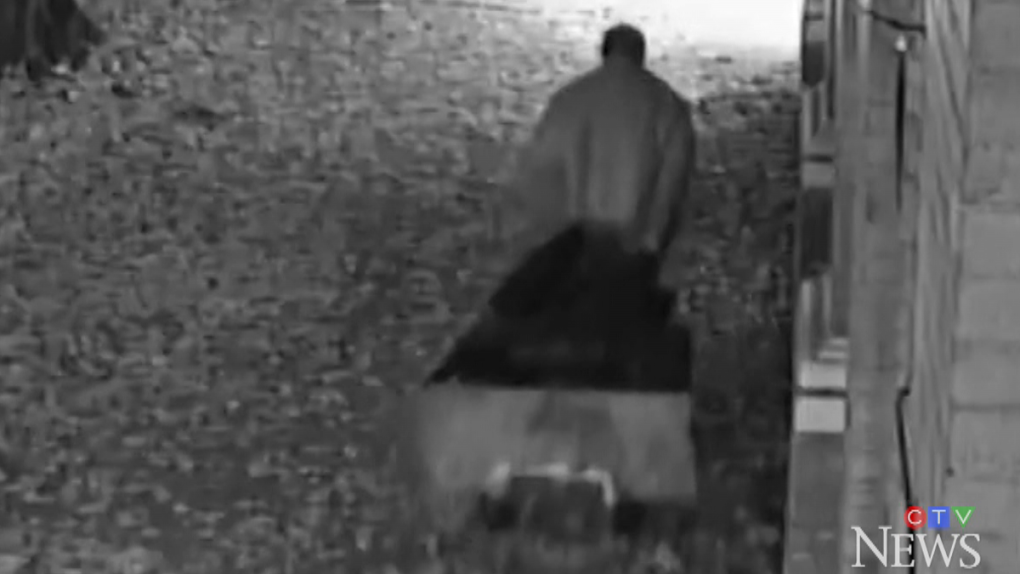 VANCOUVER - Vancouver police say the sculpture stolen from outside an art gallery in the city's South Granville neighbourhood last week has been recovered.

The 250-pound bronze statue of a horse and rider was taken from outside Petley Jones Fine Art Gallery on Granville Street shortly after 5 a.m. on Monday, Nov. 5.

The time and date are well known because the theft was captured on surveillance video from the Heffel Fine Art Auction House next door.

The video shows a man approaching the front of the Petley Jones gallery, leaving a dolly on the sidewalk, and walking out of frame. After about a minute, he re-enters the frame, heaves the statue onto the dolly, and begins wheeling it toward a back lot.

On Wednesday, police confirmed that the sculpture had been recovered, saying their investigation had led to its location, but not to any arrests yet.

"We are very pleased that the sculpture has been located and will be returned to the art gallery," Roed said, adding that officers have spoken with gallery staff to inform them of the artwork's pending return.

The abstract sculpture is by West Vancouver artist Fahri Aldin. It's listed on his website for sale for $18,500.

The bronze piece is called After Marino Marini, named for an Italian artist who died in 1980 who was known for equestrian sculptures.

A photograph posted to Reddit Wednesday afternoon purports to show the sculpture outside a Megabite Pizza location in Gastown.

Police did not say where the artwork was found.