Still no sign of missing B.C. woman a week after she left home to go crabbing, dig for clams 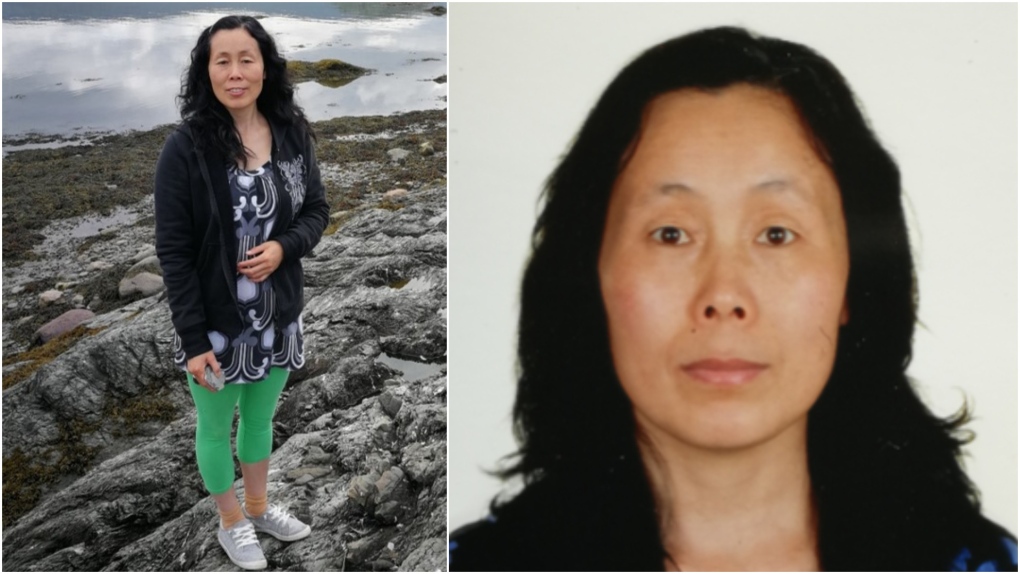 Wenyan Lan is shown in undated images provided by her family.

VANCOUVER -- A woman believed to have headed to a B.C. beach to search for seafood remains missing more than a week later, her family says.

Wenyan Lan was reported missing on June 14, when she failed to return home from a trip to trap crabs off the B.C. coastline.

As of Tuesday, she is still missing.

Her sister told CTV News in an email that she's travelled from the U.S. to aid in the search. She provided two more photos of the missing 54-year-old, as well as images of gear similar to what Lan would have had on or been carrying if she'd been crabbing or digging for clams.

The posters have been distributed in the area where she was believed to have been on that day.

Police said it appeared she planned to go to the Tsawwassen area that morning or early afternoon.

The Surrey woman's vehicle was found at Centennial Beach, suggesting she was in the area at some point.

Officers confirmed to CTV Tuesday that there were no updates in the case to report.

Delta Police Department spokesperson Cris Leykauf said local officers are working with their counterparts in other jurisdictions in Metro Vancouver and the U.S. to co-ordinate their search efforts.

The day she went missing, search and rescue members were involved in the effort, as were police in Delta and Surrey and members of the Coast Guard.

The search was conducted through the night on land and from the water, and drones were brought in so the scene could be observed from the air. Officers also canvassed the area looking for any information that could help them find Lan.

Lan has been described as 5'3" and about 100 pounds, with black hair and brown eyes. It's believed she was wearing hip waders and carrying a net at the time of her disappearance.