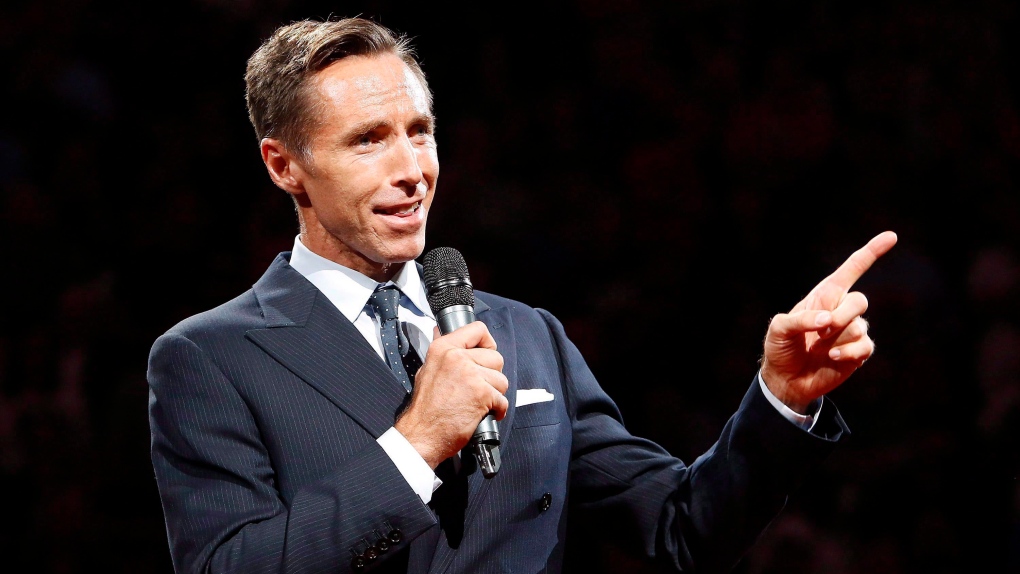 Two-time NBA most valuable player Steve Nash is introduced into the Suns Ring of Fire at halftime of an NBA basketball game between the Phoenix Suns and the Portland Trail Blazers in Phoenix, Friday, Oct. 30, 2015. (THE CANADIAN PRESS/AP, Rick Scuteri)

It's not the kind of court action Steve Nash was hoping for, but the retired basketball star is now looking to strip his name from 21 fitness clubs in British Columbia.

In a civil claim filed in B.C. Supreme Court, the eight-time NBA All-Star says he has not had any involvement with the fitness clubs since 2014 and wants to remove his name from them.

At the centre of the claim is a dispute with Nash's former business partners over what the Order of Canada recipient says is a breach of contract.

The Victoria point guard started the chain in Vancouver in 2007, the year after he was named one of the 100 most influential people in the world by Time Magazine.

The agreement was expected to run until 2022, with provisions to run an additional five years.

The athlete is also seeking unspecified damages for using his name at the clubs.

The defendant, SNFW Fitness BC Ltd., has not responded to the court claim.