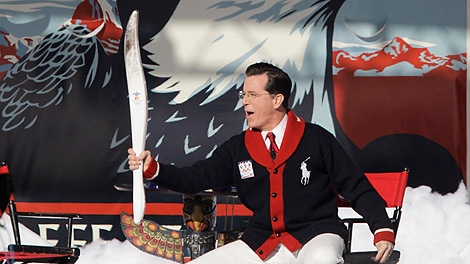 VANCOUVER -- It's remembered by many Vancouverites as one of their favourite 2010 Winter Olympics moments – the day Stephen Colbert took over Creekside Park by Science World to film an episode of his Colbert Report show.

But as the 10-year anniversary of the start of the games approaches, the former chief of staff of a former Vancouver mayor took to Twitter to share a story about the time Colbert almost was mayor of the city for a day.

Kevin Quinlan, who was chief of staff for Mayor Gregor Robertson, said Colbert's team approached the city a few days after the Olympic Games had started with an idea: could the comedian become mayor of Vancouver – just for one day?

"Wasn't even a question. Of course we did. I had grown up watching Colbert when he was on the Daily Show so I was pretty excited," Quinlan wrote.

The idea was that Colbert – who at the time performed in the persona of a hardline right-wing pundit – would do a sit-down interview with Robertson, then be proclaimed mayor of Vancouver for a day.

Quinlan even proposed a "faux ceremonial handover of the city's mace" (which today can been viewed outside city council chambers on the third floor of city hall). 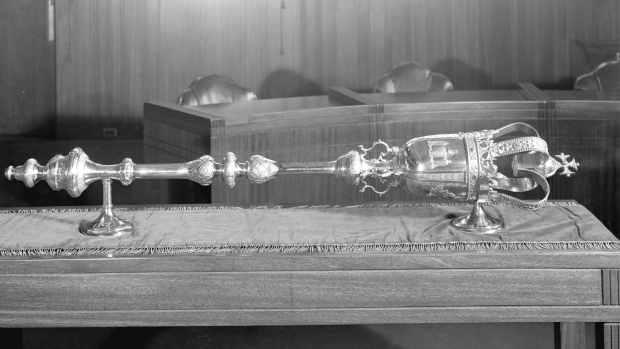 Quinlan relates that some city hall protocol staff were "freaked out" by the idea of using the actual city mace, but the team pushed on: Colbert would address the city from the roof of city hall, using a megaphone to announce that he was now Vancouver's mayor. Colbert would then replace the City of Vancouver flag with a pirate flag.

One of my best memories from @CityofVancouver 2010 Winter Games was the event that almost happened, got spiked at last minute, and no one ever knew about it. (Thread)

Alas, all the plans were for naught. While the 2010 Winter Olympics are remembered for the warm, spring-like weather in the Lower Mainland that year, a snowstorm in the eastern United States meant that Colbert's trip to Vancouver was cut short by a day, according to Quinlan.

"And that's the story of the Colbert Report episode in Vancouver that never happened," Quinlan concludes.