Steering at '10 and 2' dangerous say experts 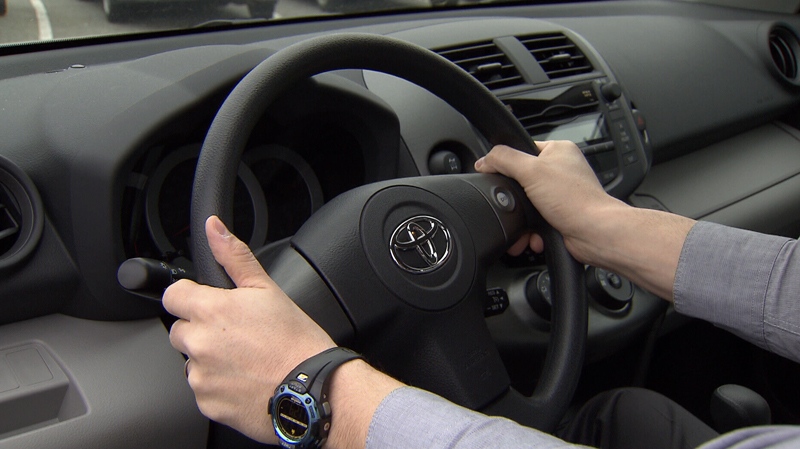 Millions of people who learned to drive before the introduction of modern air bags could be putting themselves at risk of major injury to their arms, hands and face because of how they hold on to their steering wheel.

Driving experts now say that holding your hands at the 10 and 2 o'clock positions on the steering wheel could actually kill you in a crash where your airbag deploys.

Boal says if your hands are at the top of the steering wheel during a crash they can blow back when the airbag comes out. Drivers end up punching themselves in the face at high speeds, causing all sorts of injuries.

AAA and the National Highway Traffic Safety Administration in the U.S. report broken noses, fingers, arms – even cases of amputations – by the force of the airbag coming out. Airbags can deploy at more than 320 kilometres an hour – fully inflating in less than 1/20th of a second.

"If your hands aren't in the right place you could get seriously hurt," Boal said.

Policing agencies on both sides of the border are now recommending that drivers hold their hands away from the top of the wheel – telling drivers to hang on at the 9 and 3 positions, or even the lower 8 and 4.

"If you can minimize the loss of potential fingers, hands -- or serious injuries to the face -- why not do that?" said Michael Hoshaw of the Auto Club of California.

An Angus Reid Public Opinion poll commissioned by Steele on Your Side found that the new hand position is news to many B.C. drivers.

Ten per cent of B.C. drivers say they have their hands on the "10 and 2" position "all of the time," while 50 per cent say they drive that way "some of the time."

And 63 per cent of B.C. drivers surveyed were not aware that placing their hands at the "9 and 3" position will minimize the risk of injury in case an airbag is deployed.

Have your say: How do you drive?