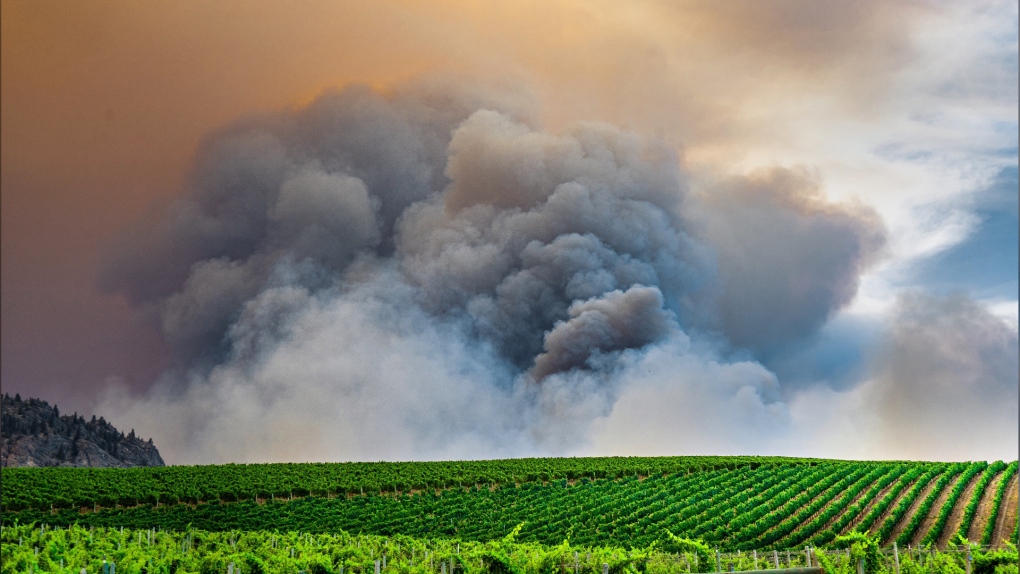 The B.C. government has extended the state of emergency prompted by the province's ongoing wildfire situation for another two weeks.

The extension was announced Tuesday as thousands of B.C. residents remained under evacuation orders and alerts as a result of some of the 254 wildfires burning across the province.

"As we have seen over the past number of weeks, the continued dry, hot weather poses a high risk for potential wildfires," Public Safety Minister Mike Farnworth said in a statement.

"The province will continue to support British Columbians with all of the tools they may need if they end up facing an evacuation order."

Declaring a state of emergency gives officials extraordinary powers when dealing with a crisis, though Emergency Management B.C. said such measures are "not needed at this time."

During the record-breaking state of emergency that lasted for more than a year of the COVID-19 pandemic, those powers were used to implement B.C.'s travel restrictions and other rules intended to slow the spread of the virus.

Earlier on Tuesday, officials from the B.C. Wildfire Service warned the rainfall seen in parts of the province over the long weekend would only bring temporary relief.

"The rain received over the weekend has curbed the fire behaviour," said Rob Schweitzer, director of fire centre operations.

"However, the amount of rain was not enough to make any long-term impact and we'll see returns to those extremely dry conditions."

The current state of emergency is scheduled to last until Aug. 18, though officials can choose to end it early or extend it again.

Huawei's Meng expected to reach 'resolution' of U.S. charges against her

Lawyers for Huawei executive Meng Wanzhou will be in a New York court today where it is expected that the U.S. charges against her will be resolved, following negotiations with American officials. In a letter docketed Friday, the U.S. Department of Justice states that it will be appearing in court to address "a resolution of the charges against the defendant in this matter."

The search for Brian Laundrie, who according to a source left behind his wallet and cell phone when last seen departing his parents' home 10 days ago, resumed Friday at a nature reserve in southwestern Florida.