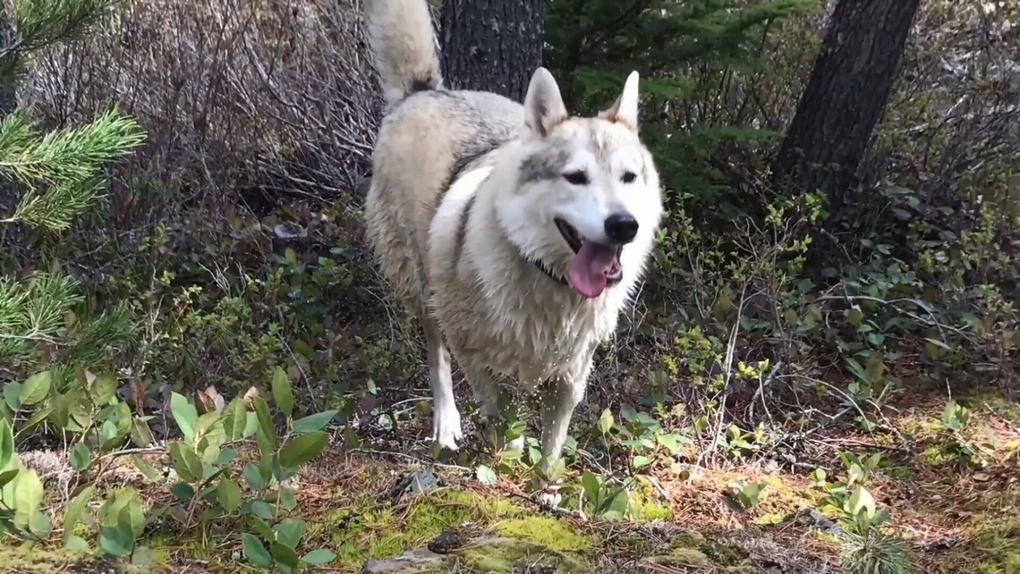 Kaoru was shot to death by a deer hunter near Squamish, B.C., who believed the pet was a wild animal. (Valeria Calderoni)

VANCOUVER -- A hunter from Squamish, B.C. has been fined $4,000 for mistakenly killing a therapy dog two years ago.

He has also been banned from hunting for four years, according to the B.C. Conservation Officer Service.

The man, whose name has not been released, was out hunting between Squamish and Whistler back in 2017 when he shot the dog at close range.

He told authorities he believed the animal was a wolf.

Addressing the case on Twitter Thursday, the COS said "it is a hunter's responsibility to be cognizant of their surroundings" and to know the regulations.

The man was hunting for deer on an area of Crown land where wolf hunting is not allowed.

The dog, Kaoru, worked at the Canine Valley rehabilitation centre in Squamish, and staff said she had a talent for calming down children who have autism.

The day Kaoru was shot, she was being taken for a walk with nine other dogs.

A #Squamish man has been fined $4 K & banned from hunting for 4 years in connection w/ the shooting death of a therapy dog near Whistler in 2017. The man had mistaken the dog for a wolf. It is a hunter’s responsibility to be cognizant of their surroundings & know the regs #BCCOS pic.twitter.com/WpyPZR6mSi