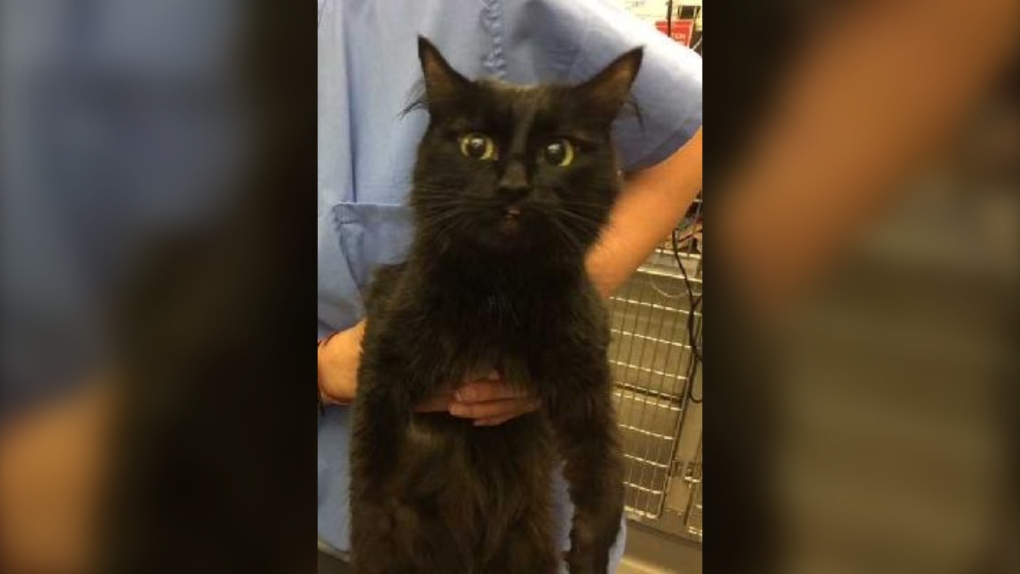 Squeakers broke both her front legs when she hit the ground. The SPCA is hoping to raise $6,800 to cover the cost of her surgery and care. (BC SPCA)

If cats have nine lives, Squeakers has lived several of hers already.

The black cat fell six storeys from an unsecured balcony in Vancouver, according to BC SPCA, which is collecting donations to help pay for treatment for her injuries.

Squeakers broke both her front legs when she hit the ground. She needs surgery to put plates and pins in her legs.

The SPCA said Squeakers is "a poster child for the potential dangers of people owning cats in high rises."

As of Wednesday afternoon, donors had contributed more than $1,500 of the SPCA's $6,800 fundraising goal.

The total is intended to pay for surgery, medication, vaccinations, regular health check and daily care for Squeakers until she's ready for adoption.

Squeakers is just one of several animals BC SPCA is currently raising funds for through its medical emergency program. The animals' care is not contingent upon the campaigns in their names hitting their goals. Rather, the money raised is used to pay for the bills that accumulate after the animals receive their necessary treatments.