As victims of Monday's devastating Gastown fire pick up the pieces of their lives, the B.C. SPCA is offering to care for their pets, free of charge.

The animal welfare organization said emergency boarding is available to anyone displaced by the fire that tore through the Winters Hotel, which contained dozens of units of low-income housing.

The SPCA has already taken in five cats and two kitten from the single-room occupancy hotel.

Jodi Dunlop, manager of the SPCA's Vancouver branch, said they work closely with Atira Housing Society’s pet outreach program. Within two hours of the fire, a staff member from the housing organization arrived with two cats and a rat.

“Then we found out that there were five more cats at our vet clinic across the street receiving treatment for smoke inhalation,” Dunlop said, adding one of the cats had a serious mouth injury.

Since their initial treatment, the animals have needed constant monitoring.

“Because of the severe smoke on the hair of the animals, we have to do a decontamination process of bathing them and making sure that they’re clean and that their airways are cleared out,” Dunlop said. “It's a lot of really monitoring these cats for sneezing or breathing issues.” 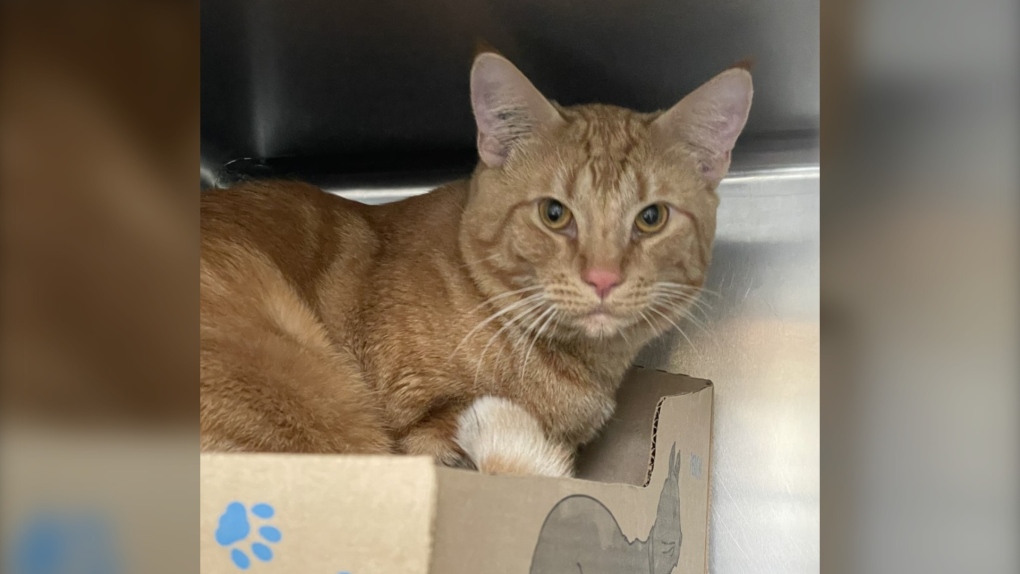 Mufasa is one of the cats being cared for by the B.C. SPCA after Monday's fire in Gastown. (SPCA) A mother cat and her two kittens are now in foster care as they are too young to be at the branch.

According to BC Housing, 144 residents were displaced by the fire that broke out on Abbott Street and sent massive plumes of smoke over Vancouver's downtown core.

About half lived in the Winters Hotel, which sustained extensive damage and will have to be demolished, while the others live in a neighbouring single-room occupancy hotel that sustained smoke damage. Dunlop is still expecting more animals to be found in that building.

It's unclear how long the demolition will take. On Friday, the City of Vancouver told CTV News staff are expecting to have a clearer timeline by early next week.

"Given the age and condition of the Winters Hotel following the fire, the demolition of the building will be complex," the city said in a statement.

"Staff are already assessing the most appropriate approach to demolish the building in a safe and expeditious way as well as procure the necessary expertise to execute the demolition plan."

On top of animal boarding, the SPCA said it is providing emergency funding for pet food and other supplies needed by the Gastown fire victims.

“Animals are, a lot of times, the only thing ... people have, and that’s what keeps them going in life.”

Dunlop said the organization provided more than 12,000 nights of free emergency boarding last year to victims of the wildfires, floods and other disasters, as well as to "individuals fleeing domestic violence or unable to care for their pet while in hospital."

Emergency room delays to continue for 'quite some time,' doctor warns

An emergency room physician is urging governments to address the country’s shortfall of health-care workers in light of the recent temporary shutdowns of emergency departments and the staffing downsizing at others.