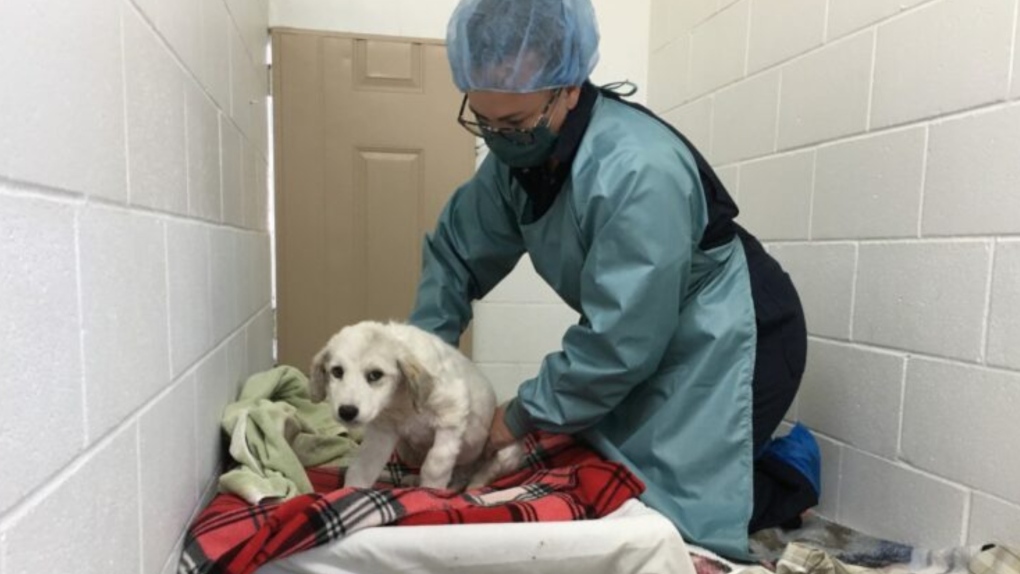 VANCOUVER -- The BC SPCA is facing a mountain of medical bills after seizing almost 100 dogs, cats and horses from a "substandard breeder" in the Similkameen region.

"This is such a heartbreaking situation, particularly because parvo is a preventable disease. These puppies would not be suffering and fighting for their lives had they received proper vaccinations and medical treatment in their owner's care," Moriarty said in a news release.

Officers seized the animals from a property in Princeton on Sept. 23. The 46 puppies, 21 adult dogs, 27 horses and three cats were living in what the SPCA described as an "extremely poor environment" that was overcrowded, unsanitary and lacking shelter.

The medical bills have been piling up since, costing thousands of dollars a day, according to the animal welfare organization. The SPCA estimated the total cost will exceed $100,000 by the time the animals are back in good health, and has been asking for donations to help pay for their care.

As of Thursday, the SPCA said there were still 19 puppies and one dog hospitalized, while six have been released and are recovering in shelters.

"These animals have been through so much and we want to give them every chance to survive and have a safe and wonderful life," Moriarty said.

The breeds of the seized dogs and puppies include Labrador retrievers, dalmatians, corgis, great Pyrenees, King Charles spaniels, Yorkies, Maltese, poodles and Australian cattle dogs. It's unclear when or if they will eventually be up for adoption.