Someone tried to smuggle drugs into a B.C. prison in a backpack: RCMP 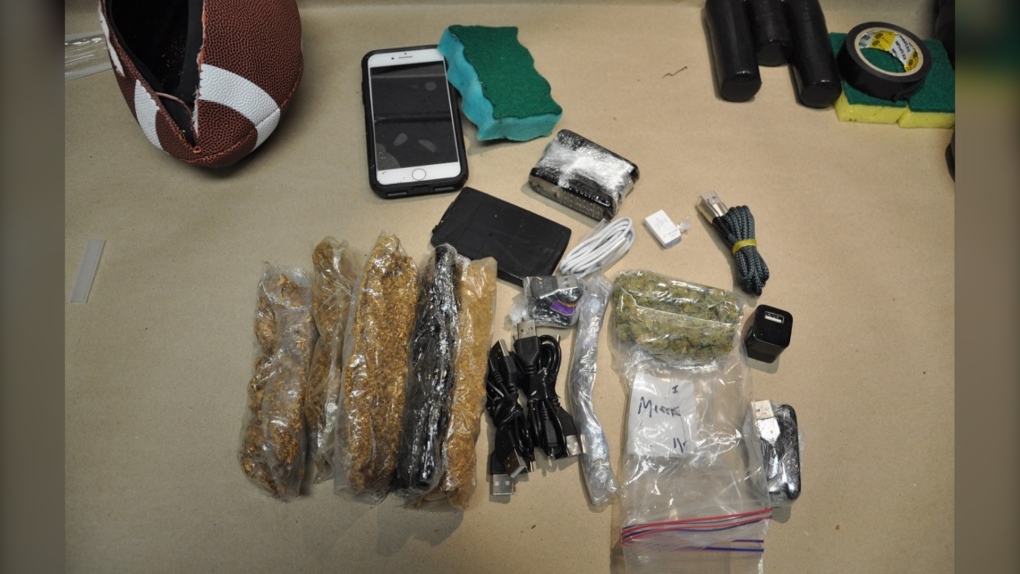 A photo from the RCMP shows items allegedly found in a backpack near a B.C. prison in July 2020.

VANCOUVER -- Police say a person has been arrested after allegedly attempting to smuggle drugs and other items into a B.C. prison.

In a statement outlining what is alleged to have happened, the RCMP said officers and a police dog were called in on July 5.

The area was cordoned off and Mounties searched a field on Cemetery Road for signs of the person.

A police dog helped find a 25-year-old man who was hiding in the grass, the RCMP alleged in its statement issued Monday.

The man was taken into police custody, but was later released.

The next day, a CSC dog was searching the field and located a backpack that the RCMP says was linked to their suspect.

Inside, they say, they found methamphetamine, cocaine, marijuana and tobacco. Police say the bag also contained SIM cards for cellphones, and "items consistent with the smuggling of contraband."

A report has been forwarded to the Crown for consideration of charges, the RCMP said.

The CSC says it is heightening security measures in light of the incident.