Someone is selling a 2010 Olympic gold medal at auction 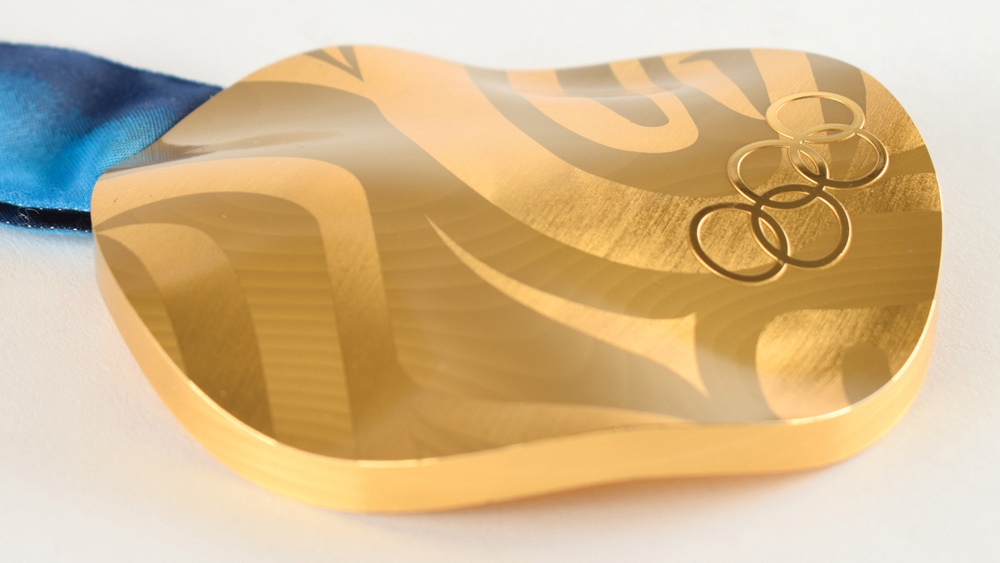 A gold medal from the 2010 Winter Olympic Games has been put up for auction. (RR Auction)

A gold medal from the 2010 Winter Olympics has been put up for auction, and the company facilitating the sale it expects it to net more than US$50,000.

That's 10 times the price the one-of-a-kind medal was originally listed for at Boston-based RR Auction. As of Tuesday afternoon, the top bid was for US$20,000, or about $26,100 in Canadian dollars.

"Among the most beautiful and innovative of all Olympic medals, those created for the Vancouver 2010 Games feature Canadian aboriginal art and a unique undulating form, the first Olympic medal to have such a design," the listing reads.

"The medal is resistant to tarnishing, nicks, and scratches, and is among the heaviest in Olympic history, the result of each specimen being struck nine times as part of an exhaustive 30-step fabrication process."

The auction house does not specify which Olympian won the medal, but said the back of the item lists the event as "Freestyle Skiing Men's."

A call to the company on Tuesday afternoon has not been returned.

The winning bidder who agrees to pony up tens of thousands of dollars for the collectible will also receive its embroidered ribbon, and the original medal pouch "comprised of heavy gray heathered wool felt with magnetic upper and lower lips," according to the listing.

The Royal Canadian Mint struck 615 gold, silver and bronze medals for the 2010 Games, each weighing between 500 and 576 grams.

They were designed by Corinne Hunt, an artist of Komoyue and Tlingit heritage, and Omer Arbel, an architect who came up with the undulating shape.

Laser etching was used to reproduce the First Nations designs on the medals, which evoke orcas and ravens.